Didn’t He Ramble, by Glen Hansard 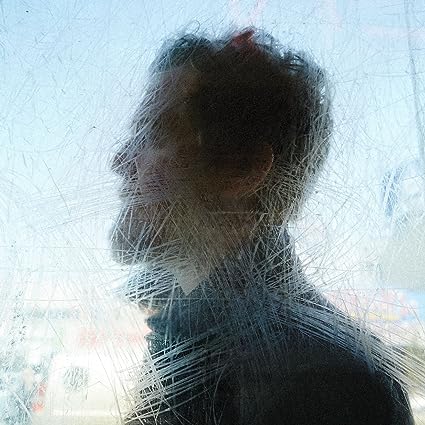 Hansard’s latest album is a journey. Across the album’s ten tracks, Hansard takes the listener on a quest for happiness and contentment. Not surprisingly the journey is a meandering one, filled with hopes both realized and dashed.

The album begins with a rather defiant tone on the brooding “Grace Beneath the Pines.” n ominous keyboard provides the musical backdrop as Hansard declares, “There’ll be no more running round for me, no more backing down, you’ll see.” Victory, he suggests, comes from defining one’s own peace rather than some specific outcome.

Life’s road is never an easy one, a point that Hansard acknowledges on “Paying My Way.” Yet he approaches it with a sense of acceptance and even a restrained confidence. “Fair work for fair pay,” he proclaims while also confessing that his lover is a key motivation – “you’re the only thing that keeps me going on.”

The singer provides similar counsel on “Winning Streak.” Against a hymn-like melody he expresses hope for a friend, “May you always have someone good to hold, and may good fortune wait on every bend, and may your winning streak, may it never end.”

Hansard understands that simplicity is often remarkably potent, letting the core lyric and melody carry the song. On “Wedding Ring,” a lilting acoustic guitar and piano driven melody combines beautifully with lyrical repetition to create an aura resignation as the singer describes the struggle to keep a love strong. “Will you be strong enough to keep her to keep her love from getting old?” he asks.

He also uses dynamic extremes for dramatic effect. “Her Mercy,” the album’s centerpiece, builds from a subdued beginning to an intense gospel spiritual that is propelled by a vocal chorus and a horn section. “Won’t you give me some… mercy, mercy,” Hansard exclaims before the song retreats to a gentle conclusion. The contrast gives the song a compelling intensity.

In the end, Hansard doesn’t offer much resolution on Didn’t He Ramble but perhaps that’s the point. Sometimes the journey is an end unto itself.

Sermon on the Rocks, by Josh Ritter 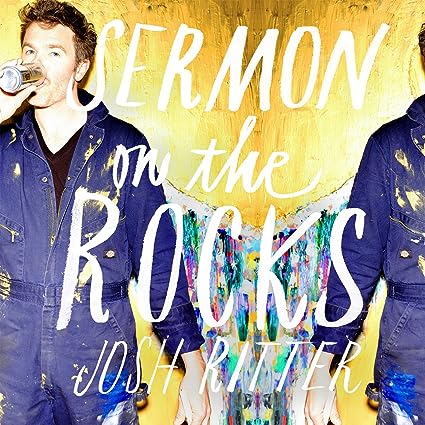 Sermon on the Rocks showcases the two sides of Ritter, the songwriter. On one side is the happy and inspired guy who sings of love and joy with a musical enthusiasm that is impossible to escape. “A Big Enough Sky” may be a tale of fading love but it’s hard to not get caught up in Ritter’s passion for wining her back. “Wanna go where the sweet water is, wanna go where the air is pure,” he declares, “out ‘neath a sky so big I can give my heart to her.”

On the other side is the dark and brooding songwriter who chronicles a gloomier side of life. “Henrietta, Indiana” tells the story of a family lapsing into alcohol and crime when the town factory closes. “Each night I leave a bottle on the table, bible open to the sermon on the mount,” sings Ritter, “Blessed be the poor of Henrietta, Indiana, but happy are the ones who get out.”

It’s impossible to understate Ritter’s talent. His songs have a literary quality, often peppered with biblical references. Yet they are always musically enticing, filled with memorable melodies and majestic arrangements. “Homecoming” is a prime example. Ritter uses a symphonic arrangement and varied tempos, along with lyrics about love with references to Eden and “the tree of good and evil” to wax poetic about finding love.

Sermon on the Rocks is another feather in Ritter’s cap, a magnificent album that challenges the listener in the best possible way.

Better Than You, Will Hoge (from the Cumberland Recordings release Small Town Dreams)

I’d lost touch with Hoge over the past several years. I was an early fan, for years enjoying his high octane shows and even had a great chat with him (A Few Words with Will Hoge).

Shortly thereafter, a horrific accident nearly killed him. After nearly a year spent recovering, Hoge has steadily been re-establishing himself both live and on record. He has mellowed, for sure, but becoming a family man and surviving – both the accident and the music industry – has been known to do that.

Hoge knows how to craft a melody that is immediately hummable, catching one’s ear and pulling the listener into his stories. He sings about what he calls “middle America”, the blue-collar world of the US heartland. The characters in his songs have generally settled, sometimes intentionally and sometimes reluctantly, into their small town lives. That doesn’t mean, however, that they don’t have hopes and dreams. Across the album’s eleven tracks he paints a broad picture of their lives and loves, all with a sharp attention to detail and a message to share. Best of all, it makes for one hell of a fine listen.

Just Kids, Northcote (from the Black Box Recording Hope is Made of Steel)

Matt Goud, aka Northcote, certainly knows his way around a rock anthem. His latest release is filled with ‘em, rousing rockers that burst with glossy guitars and sing-along choruses. Goud tells tales that tend towards a “you and I against the world” attitude that he sings with earnestness and passion. If that isn’t the spirit of rock and roll then I don’t know what is.

Incarceration Casserole, Barrence Whitfield and the Savages (from the Bloodshot Records release Under the Savage Sky)

Soulful screamer Barrence Whitfield is a Boston institution, one that we gladly share with the rest of the world. The singer can – and has — done it all, from bruising R&B to country soul.

I was one of many who were thrilled several years ago to see Whitfield reunite with his original band the Savages after a decades long hiatus. All the better, they picked up with nary a missed beat. Their latest is true to form, chock full of bruising band originals and choice R&B covers. I mean what’s not to like about a band whose label, rightfully so, describes their retro sound as “a high school sock hop invaded by a biker gang.” Amen to that.

Beelzebub is Still the King, Nocona (from the self-released Long Gone Song)

Singer-songwriter Chris Isom has settled into Southern California quite nicely, thank you. The Texas native and his musical compatriots in Nocona serve up some tasty 1970’s style rock and roll. Even with the dense – and rockin’ – guitar-driven arrangements, they still find a way to work a bit of California sunshine and swagger into the mix.