All a Man Should Do, by Lucero 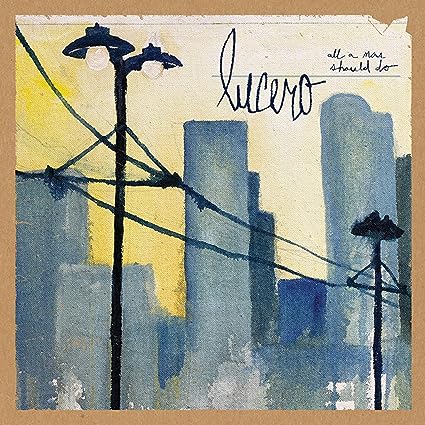 There’s something to be said for aging gracefully, especially when you’ve got a well-earned reputation for raucous and whiskey-fueled rock and roll. Memphis-based Lucero demonstrate how to do it right on the 12th album of their nearly 18 year career.

Singer-songwriter Nichols has long been known to wear his heart on his sleeve but that is especially apparent here. There is plenty of heartbreak, longing and regret to be found among the ten tracks that make up All a Man Should Do. Album opener “Baby Don’t You Want Me” finds Nichols coping with a relationship that is unraveling. “Now I have a heart like a hornets nest,” he explains, “they’re swarming in my mouth and busting through my chest.”

Nichols digs deeper on “The Man I Was,” portraying a man eager to put a painful past behind him. “I’m not going back my friend,” he declares, “I’m not the man I was back then.”

“I Woke Up in New Orleans” is a somber tale of anguish. Nichols confesses “I’ve drank with scoundrels, tramps and god damn fools” before declaring:

Musically, Lucero have long distinguished themselves by infusing a healthy dose of Memphis soul into their music. This quality has only grown stronger as pianist Rick Steff and a horn section have become more ingrained into the band’s sound. This is especially notable on “Throwback No. 2” with Steff’s piano infusing a soulful swagger that is echoed by the horns. In many ways Steff has become the band’s secret weapon, the perfect foil to Nichol’s graveled voice and Brian Venable’s gritty guitar.

“Tell all the outlaws I’m hanging up my guns,” says Nichols on rocking “Young Outlaws.” While recent live shows show that isn’t the case – the band still knows how to rock with abandon – it’s great to see a band move beyond its roots without losing it’s way. 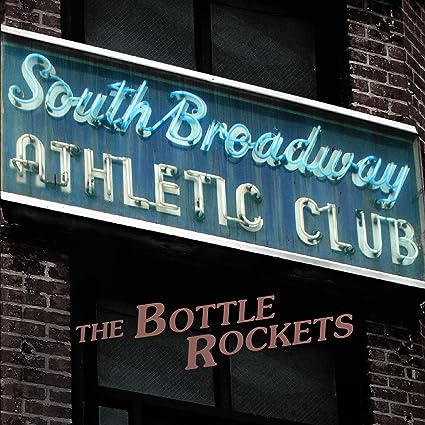 Any year with new music from the Bottle Rockets is bound to be a good one. And damn if the boys from Missouri don’t disappoint with their first album of new material since 2009. Singer-songwriter Brian Henneman is in fine form and the band is as rockin’ as ever. In fact, South Broadway Athletic Club hearkens back to their quintessential The Brooklyn Side.

Opening track “Monday Every Time I Turn Around” kicks things off beautifully with glorious guitar-driven hooks propelling the song forward as Henneman laments the speedy passage of time. “It goes so fast, it won’t slow down,” he sings, “It’s Monday every time I turn around.”

Henneman’s songs are often like musical winks – smart and wry while still making a point. “Big Fat Nuthin’” bounces along as Henneman complains about the bustle of life, “My idea of recreation is brain-dead flat-line vegetation.” Paired with “Monday Every Time I Turn Around,” it seems the theme of time slipping by is a recurring one for Henneman. (Long-time fans will likely tie it back to “Kit Kat Clock” from 24 Hours a Day as well.)

Henneman and the boys also take a few swipes at love and relationships. “Something Good” is a wistful look back at a failed relationship. “World turns, Rome burns, can’t you hear that fiddle sound?” he declares as a catchy Rickenbacker guitar riff ushers the song along. Lest anyone think that it’s all dark and stormy, Henneman offers up the more positive and fun-loving “Big Lotsa Love.”

It’s good to have you back, fellas.

There are artists who are powerful storytellers and there are artists who lives are powerful stories. Put Morrow in the latter category. The California by way of Texas singer-songwriter overcame a deep alcohol and drug attention in his early 20’s before turning his attention to music. This life experience informs his music without overwhelming it. “No I didn’t see it coming, but I’m glad it came,” he sings on the title track from his impressive new release. He later drives the point home: “Well I can say one thing, yeah there is no map,” he declares, “when they say there’s only one way, that way is a trap.”

Brothers Robin and Joe Bennett, the band’s primary members, are UK born and bred but have clearly studied US power pop and Memphis soul circa the 1970’s. They channel those influences into an album of songs that are truly exquisite.

Here is exhibit A, the title track from their latest release and a great introduction to the glories of their music. Hypnotic melody. Meaningful lyrics. Soaring harmonies. It;s all here and is, quite simply, pure pop bliss.

Although the album hasn’t gotten a proper US release, the band recently teamed up with Little Rock-based Last Chance Records so hopefully those of us in the US will be seeing – and hearing – much more of them in 2016 and beyond.

Newski waves his D.I.Y. flag proudly, spending most of the year lugging his acoustic guitar around the world to play everywhere from living rooms to club stages. Given some time in the studio, however, he knows how to craft some tasty power pop that is ripe for foot tappin’ and singin’ along.

LA bassist Kamp decided to strip things down on his latest release. The long in-demand musician who was worked with everyone from Shooter Jennings to Sam Morrow (see above), let his instrument of choice be his primary accompaniment on this ep of songs new and old. I’ll admit a bit of skepticism at first, but it works extremely well. There’s a swagger and charm that should make many a full band jealous.