Mayer has given us his thoughts on favorite performances at the AMA conference and festival; time for me to weigh in with mine.

The Traveling Minstrel Show – One of my two favorite surprises from the festival was central Wisconsin-based Horseshoes & Hand Grenades. They were the first band I saw outside the awards show and they set a high bar for everyone else.  They went from an a capella number in the style of “Bohemian Rhapsody”, to a polka, to a bluegrass version of a Pink Floyd song in a span of 15 minutes without it seeming the least bit incongruous.  Their entertainment value was off the charts.

Bringing It Old School – One of the things I’ve noticed is Americana has become the home for what rock and roll was before it became just rock.  The Legendary Shack Shakers have been practicing their high-energy brand of Southern rock and roll for 20 years and their Thursday night set showed why Legendary is migrating from a name to a description.  And then there’s Los Lobos.  After receiving a Lifetime Achievement award they played a full set at the Cannery that you’d normally have to pay $50 and tangle with an arena crowd to see.  What a great perk of the conference. 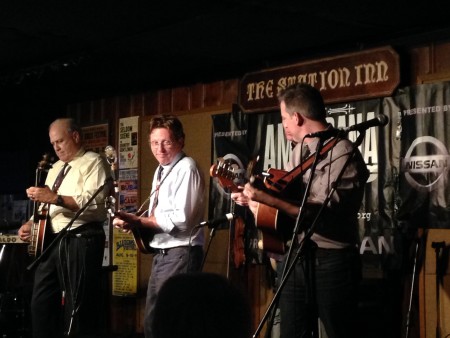 God Bless the Station Inn – Sure they have lots of different music at the Station Inn, but with show posters of Bill Monroe and the Stanley Brothers on the wall, there’s no mistaking the heritage of this place. I got a really pleasant surprise Thursday afternoon hearing Caleb Klauder and his brand of old school country.  I can’t wait for his next album.  Then I finished out Thursday night with one of my favorite live acts, Hot Rize.  I’d never seen them in a small club setting and was wondering if Red Knuckles & the Trailblazers would make an appearance.  Sure enough, it was the full show, as much fun in an intimate setting as on a large stage. 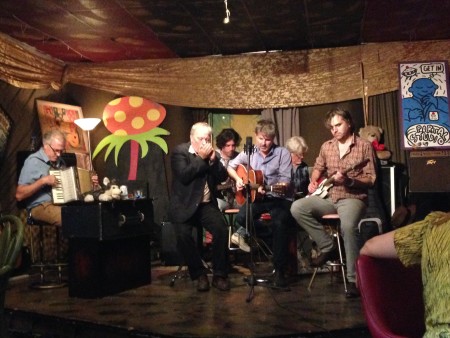 East Coast For the West Coast – Living on the far left coast I don’t get to see all the groups I’d like because of the logistics of a tour on the other side of the country. So Nashville is an opportunity for me to see some great music that’s not making it to CA.  Session Americana played a Friday afternoon set at an artist’s cooperative in East Nashville.  Session is known for having an interactive show, but the co-op gave them an excuse to take that even more to the extreme, actually sitting out in the audience for one number.  I never get enough Sarah Borges and she rocked out Saturday night at the Basement.  My only complaint was the show needed to be twice as long. 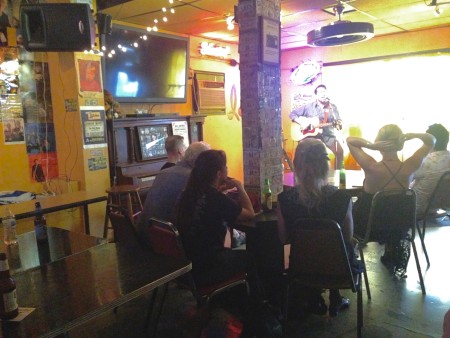 The Local Scene – With the wristbands and capacity crowds at some of the venues it was easy to forget that, oh yeah, there’s always a ton of good music in Nashville.  I spent Friday evening over in East Nashville at a fantastic show featuring Amy McCarley and Kevin Gordon.  McCarley’s voice is mesmerizing, and Gordon is maybe the best storyteller out on the road today.  And then Saturday afternoon Mayer and I stopped into a Nashville institution, Bobby’s Idle Hour, for some cold, cheap refreshment and a superb set from Patrick Sweany. 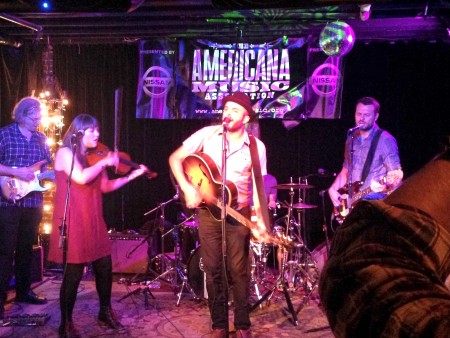 Best Show Of the Show – I have to finish out this post talking about the best set I saw at the conference; Kingsley Flood at the Basement Friday night.  Mixing classically trained musicians with long-time rock-and-rollers, all with a bit of bluegrass and country, this band floored me.  It’s high energy, great solos, and good songwriting all coming together at the same time.  You have to go see them if they come around your neighborhood.