Man, I’ve got some catching up to do. A heavy travel schedule has kept me from my monthly playlist duties. Don’t get me wrong, I’ve had the pleasure to visit some impressive places. Even better, I’ve had plenty of great new music to keep me company along the way.

Well, its time to make up for the missing playlists and share the musical love with a special, multi-part Fall edition. 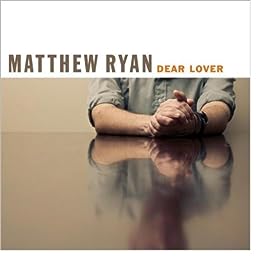 Matthew Ryan is a paradox. His voice is coarse, weathered by whisky and cigarettes, yet his songs are delicate and intimate. It is a potent combination that results is one of the most compelling albums of the year, all the more impressive when one considers that Ryan recorded most of the album by himself at home.

Album opener “City Life” captures the urgent tempo of city life with its repetitive keyboard riff and ticking clock percussion while Ryan reflects on a relationship at the crossroads. “Dear Lover” picks up on the theme as Ryan implores a lover, “Tell me what you want, tell me what you want, I’ll give it if I can” while a wall of guitar reverberates behind him.

“The World Is…” is vacant yet powerful. A quiet acoustic guitar punctuated by single piano notes provides an evocative background to Ryan’s whispered vocals. “Because the world is held together with lies and promises and broken hearts,” he sings forlornly, before sounding a final note of optimism, “and brand new days for you to start all over again.”

Ryan experiments with dance beats on “We Are Snowmen” and on “Spark,” his collaboration with DJ Preach. The results are impressive, demonstrating how well his songs translate to dance-club beats. Fit against club beats.

And then there’s “The Wilderness,” a personal favorite. As electric guitars reverberate against an insistent beat, Ryan pleads “I want the dream that we never had.” The urgency and raw emotion is haunting.

With each new album Ryan continues to demonstrate his boundless talent. 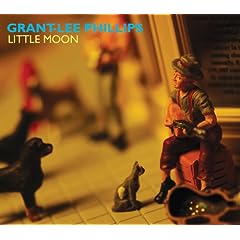 Grant Lee Phillips returns with an album that hearkens back to his Grant Lee Buffalo days. Songwriting that is intelligent, yet eccentric; dense, yet immediately familiar. His songs have a cinematic quality, made all the richer by the eccentric characters that inhabit his songs.

Album opener “Good Morning Happiness” gives an immediate indication of the optimism that is the overarching theme. “What a fine day,” Phillips exclaims against a stomping acoustic beat. Strangest Thing finds him side-stepping adversity with a positive attitude. “I don’t feel sad when Cash wears black I hear the train comin’” he sings, “Good things down the railroad track ya gotta believe in somethin’.”

With its tuba and rinky-tink piano, “It Ain’t the Same Old Cold War Harry” just begs to be heard in a classic American beer hall. One can almost see two elderly men lost in beer and political debate while Phillips sings. Comparisons to the period pieces of Robbie Robertson and the Band would not be unfounded. Phillips ability to write these types of period pieces hearkens back to Robbie Robertson and the Band.

The juxtaposition of “One Morning” and “Older Now” is intentional, no doubt. The former finds the singer overflowing with energy and optimism, “we gonna take the whole world on by the storm.” The latter finds him later in life, tranquil and reflective. “The longer you live it gets harder to fake, hard for the heart to pretend,” sings Phillips pensively against a piano and orchestral string accompaniment.

Little Moon is a shining example of why Phillips stands quietly tall among American singer-songwriters.

Unwind, Jen Murdza (from the self-released Good Little Worker Bee)
LA by way of Boston singer-songwriter Murdza mines the jazzy side of pop. Her latest release skips between up-beat, horn-driven pop and acoustic-based ballads. This track sits firmly in the up-beat category, anchored by some mighty fine horns. The real star here, however, is Murdza’s impressive voice, silky with just a touch of huskiness.

Looking Out, Brandi Carlile (from the Columbia Records release Give Up the Ghost)
Carlile is the heir apparent to Roy Orbison, an artist whose songs are as dramatic as her voice. Though her latest release goes heavy on the ballads, a driving beat propels this song. Carlile’s voice soars as she sings to a lover, “When you feel like giving in and the coming of the end, like your heart can break in two, someone loves you.”

Crazy Ever After, The Rescues
Four independent LA singer-songwriters, each with a distinct personality, have banded together to form this melodious quartet. Not surprisingly, the harmonies are thick and luxurious wrapped around a winsome melody.

Someone to Depend On, Darrin James Band (from the Bridge Street Records release The Lovely Ugly Truth)
Brooklyn singer-songwriter has a husky voice that is the perfect companion to his weathered songs. James and band serve up a mix of blues, Southern rock, roots and rock ‘n’ roll. This song tends towards the blues end of the spectrum, delivered with a rock ‘n’ roll flair. And dig those horns!

Audio Download: Darrin James Band, “Someone To Depend On”

Long Way to Go, Liam Finn (from the Yep Roc ep Champagne in Seashells)
On his debut, I’ll Be Lightning, Finn was a veritable one-man band. For his follow-up, he has found a talented co-conspirator in touring partner Eliza Jane Barnes. Together the two create what is best described as challenging pop. They start with a pop melody and wrap it with tantalizing heavy percussion and synthesized sounds.

Say Yes, Langhorne Slim (from the Kemado Records release Be Set Free)
Slim has graduated from his raucous roots origins to a more nuanced and enchanting sound. There’s no better example than this infectious track, complete with piano and strings. “I know sometimes we disagree but I prefer when you say Yes,” sayeth Slim with vast enthusiasm. (And lest anyone think he has forgone his manic edge, don’t miss the crazed intensity of “Cinderella.”)

Drop Them Gloves, Paul Westerberg (from the self-released PW & The Ghost Gloves Cat Wing Joy Boys)
Westerberg emerges from an extended hiatus with a short, sharp ep. This raunchy rocker, with its dirty harmonica accompaniment, is Westerberg’s ode to hockey brawls.