The first time I drove CA 1 through Big Sur it was on a rainy day in a big, 80’s rental car with more of a rudder than a steering wheel.  A few years later I had the chance to drive it in something much sportier and the difference was exhilarating.  All those curves changed from dangers to be dreaded to thrills that begged to be experienced.  That latter feeling is what I got from the latest, and self-titled, album from Boston/Nashville-based Della Mae.

The band’s first two albums were easily dropped in the bluegrass bucket.  This one is a little harder to classify.  The opening track, Boston Town, is a modern folk song singing the praises of organized labor that would have made Utah Phillips proud.  Shambles evokes a Tom Waits aura, but with strings instead of a piano.  Take One Day goes back to the girls early bluegrass roots.  High Away Gone, featuring Elephant Revival front woman Bonnie Paine on saw, is an almost-a cappella tune that’s almost eerie in it’s sparse string picking.

The band also makes the most out of a few choice covers.  To Ohio, a Low Anthem number, builds throughout and would be called radio-friendly, if that really mattered anymore.  They do a delightful version of my favorite Phoebe Hunt song, Good Blood.  The standout here, though, is their take on the Rolling Stones No Expectations.  Not many people cover the Stones because it’s hard to get the Richards/Jagger sound out of your memory, but I’m here to tell you Mick and Keith could learn something from this take on the emotional price of being left behind. 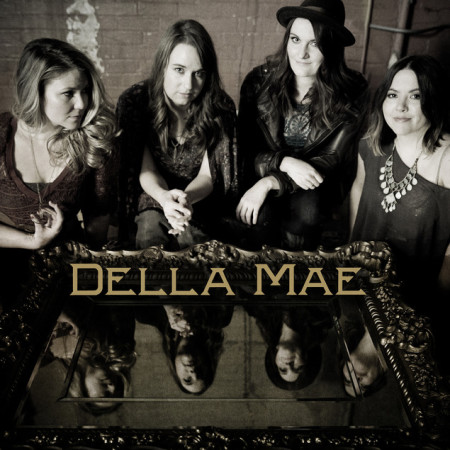 Original bass player Shelby Means left the group late last year and I wondered what kind of impact that was going to have.  The band brought in Mark Schatz as the low end for this record, and along with producer Jacquire King it seems to have pushed them to a new height.  There’s an unmistakable groove that threads its way throughout the album with Schatz’ bass, and when you layer the bands vocals and instrumentals on top they hit every phrase with an energy that palpable.  And a heck of a lot of fun to listen to as well.

What is your favorite new release for week of May 29?