The simple fact is, some bands are better when they’re in the studio and some are better out on a stage.  Ray LaMontagne literally made me squirm at a show given how obviously uncomfortable he was on the stage.  Carrie Rodriguez has never managed to capture the magic of her stage charisma on a record. I was trying to reconcile this as I listened to the latest album from Austin-based Sour Bridges.  I think one of the requirements for live greatness is a broad repertoire so you can feed off the audience.  That broadness is really evident in this self-titled release and probably why they’re known for their shows.

Several tunes have a clear rock and roll bent and inspire what the band calls browngrass–a dirtier form of bluegrass.  Cocaine Lorraine leads off with some cowpunk sounds and a charge to “dust off the jar, and put some whisky in thar.”  Teddy stylizes a story about working on the Panama canal.  Mr. Read It goes a little further stylistically and puts out a Tom Waits vibe.

As far as the recorded disc goes, though, my favorites were all slower country waltzes.  Southeastern Corner could have been a follow on for Jason Isbell, painting the picture of being on the wrong side of the tracks with a subtle-but-sweet touch of trumpet and kettle drum.  Meet You There is perhaps the ultimate autobiographical number for a musician with the observation that “there’s a place in my heart for the ones that I love, there’s a hole in my head where the music comes from.”  Just to prove my comment about broad styles and that the exception defines the rules, the disc finishes with an untitled, almost a cappella, little ditty with just percussion for emphasis. 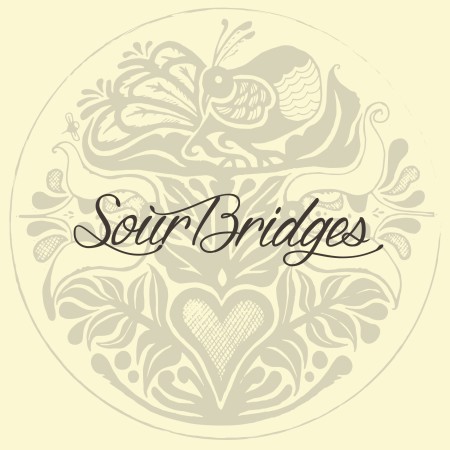 There’s a big variety of styles on Sour Bridges, but all of it maintains a necessary thread to still feel like an album.  And if you just hit play, I practically guarantee by 4 or 5 songs into it you’ll have found a song that quickly gets tagged as a favorite.