It’s hard to explain just what makes Leo “Bud” Welch so special. Yes, there is the fact that the 83-year-old made his recording debut in 2013. There is also the pure, rugged honesty of his delivery and the fact that, unlike some other country blues musicians who got discovered in their later years, Welch is no acoustic purist.  The bottom line is, Welch rocks. 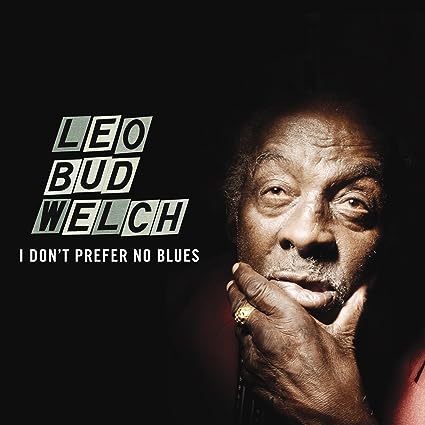 Welch’s 2013 gospel-infused album, Sebougla Voices, came after a lifetime in obscurity around Sebougla and Bruce, Mississippi, where he entertained friends and family at picnics, parties and church, which explains the gospel influences on his work.  He has played since 1945, becoming well known in his small corner of the world.  He was once offered an audition by B.B. King but couldn’t afford the bus fare to Memphis.  All the while he made his living laboring and logging in the hills of North Mississippi.

But since 2013 Welch has been touring the country, capturing the attention of fans at blues festivals.  His late discovery brings to mind another North Mississippi legend, Otha Turner, whose first albums were produced (by Luther Dickinson of North Mississippi Allstars) when Turner was over 90.  Like Turner’s fife and drum work, Welch’s guitar blues are a crusty throwback to bygone days.  But unlike Turner, Welch has a real fondness for electric guitar and the gritty licks of early rock ‘n’ roll.  Much of his work has a rock-a-billy, boogie-woogie vibe reminiscent of 1950s rock pioneers.

His latest album, I Don’t Prefer No Blues, is, despite its name, a hard-driving blues rock effort.  Though it starts slowly, with the haunting, drum-based “Poor Boy,” it quickly takes on its dominant tack with the rollicking “Girl in the Holler.”  With assists from the likes of Dickinson’s fellow South Memphis String Band member (and Squirrel Nut Zipper) Jimbo Mathus and Turner’s granddaughter Sharde Thomas (on “Poor Boy”), Welch has produced a noisy, raw and excellent blues album.  Among other album highlights are rocking “Cadillac Baby” and “Pray On,” along with the Robert Nighthawk cover, “Sweet Black Angel,” that closes the set.

The latest, and perhaps the last, of a long line of North Mississippi bluesmen including Junior Kimbrough, R.L. Burnside and Mississippi Fred McDowell, Leo “Bud” Welch is the real deal, and we can be thankful the folks at Fat Possum’s Big Legal Mess Records found him in time.