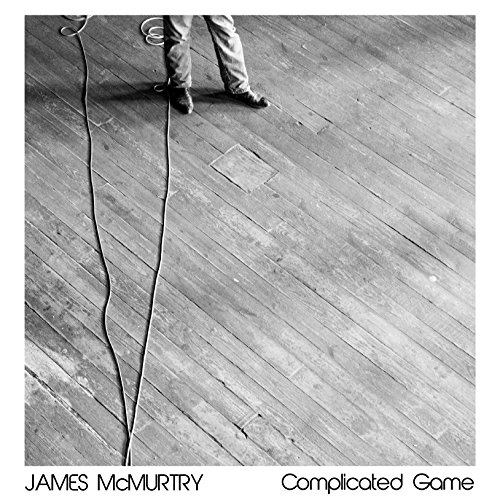 Six years. That’s how long it has been since we last heard new music from McMurtry. While he hasn’t been missing during this time – he could always be found on the touring circuit – many of us were anxiously awaiting some new music. Well, that time has arrived.

McMurtry is one of contemporary music’s most gifted storytellers. He’s always got a great tale to tell, bringing colorful characters to life with vivid language and a sharp tongue. He digs into the nooks and crannies to unearth the details and personality traits that make the stories that much richer.

The gentle “Copper Canteen” opens the album, McMurtry reflecting on the fleeting nature of life and the enduring strength of relationships. “Now I woke up last night in the grip of a fright, scared to breathe for I might make a noise,” he sings, “well this life that we crave, so little we save ‘tween the grandparent’s graves and the grandchildren’s toys.”

On the achingly beautiful “You Got to Me,” McMurtry takes the voice of a man looking back on the wedding day of a marriage that ultimately failed. “You got to me, brought all this empty down on top of me,” he considers, “I didn’t know but we were not to be, but I know a thing or two now.”

“She Loves Me” is the type of love song that only McMurtry could write. “I hear she has another, I hear she likes him well,” he explains as he acknowledges a lover’s need to have companionship while the song’s protagonist is on the road. “It was part of our agreement, I signed off on the deal,” he says before admitting that he is surprised by the situation, “I must admit I never saw it happening for real.” The song takes a bit of an unexpected turn when a 1950’s-style doo-wop group add their harmonies towards the end. Damn if it doesn’t sound soothingly good.

McMurtry picks up the tempo for the fiery “How’m I Gonna Find You Now,” spitting out lyrics like “I’m washing down my blood pressure pill with a Red Bull.” He later deliberates on the lives of commercial fisherman in the poignant “Carlisle’s Haul.” “We gather round and we hold out hope,” he ruminates, “’cause at the end of the rope, there’s a little more hope, most times.”

Aside from his own talented band, an impressive array of guests lend their talents to Complicated Game. These include Derek Trucks, Danny Barnes, Benmont Tench, Ivan Neville and McMurtry’s musician son Curtis. In the end, however, it’s McMurtry’s songs that shine the brightest. 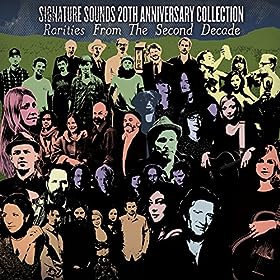 There are loads of independent labels out there but few have cultivated a musical community like Signature Sounds. Give the label credit for defining their sweet spot – they don’t chase trends or try to be everything to everyone. Instead they have made themselves into a home for some of the finest roots-based Americana artists performing today.

Signature Sounds celebrates its 20th anniversary by giving us a gift with a spectacular collection of rarities. These aren’t outtakes and throw-aways, rather they are wonderful performances that showcase the talent on the label’s roster. Quite simply, there ain’t a bad track to be found here.

The stand-out among stand-outs is the Sweetback Sisters’ “Be Back Home Tonight.” If I didn’t know better I would swear it was a monster cover that dates back to the classic era of truck-drivin’ country. It’s not. It’s a 21st century band original whose combination of swagger and honeyed harmonies make for one fun listen.

Parsonfield sing about a troubled bootlegger on the haunting ballad “Moonshiner.” While clearly rooted in acoustic folk, it has an enticing indie rock overtone. They are followed by Lake Street Dive, who make the sorrowful “What I’m Doing Here” sound somewhat jubilant. Rachael Price’s magical voice shines, as always, beautifully accompanied by the band’s rich harmonies and some regal horns.

Eilen Jewell and members of her band make a double appearance, on Jewell’s “That’s Why I’m Walkin’” and the Sacred Shakers rambling take on “Sampson and Delilah.” Jeffrey Foucault adds some pedal steel to a joyful folk song on his “Real Love” while a touch of klezmer fiddle makes Peter Mulvey’s version of Randy Newman’s “Lonely At the Top” absolutely sublime.

Happy Anniversary, Signature Sounds. If this release is reflective of your first 20 years then I can’t wait to see what you have planned for the next 20.

The Usual Time, Steve Earle and the Dukes (from the New West Records release Terraplane)

Earle gets his blues on with Terraplane, his 16th studio album. Not content to stick with one style from the genre, he offers up something of a musical tour.

Electric guitars drive the harmonica-laced “Baby Baby Baby (Baby)” and the half-spoken “The Tennessee Kid” while Eleanor Whitmore’s voice and fiddle fuel the more acoustic “Baby’s Just As Mean As Me.”

As for me, I’m kinda partial to the straight-ahead groove of this track. “I know you don’t love me, I know you don’t need me,” he sings, “but if you ever want me just leave on your back porch light at the usual time of the night.”

Rock and Roll Again, Blackberry Smoke (from the Rounder Records release Holding All the Roses)

There’s something about some good ol’ rock and roll propelled by chugging guitars and a healthy Southern swagger. If that’s your jam then Georgia’s Blackberry Smoke are your band. Their latest is chock full of big riffs and foot-stompin’ melodies.

Put Culwell in that group that is driving a true country renaissance. The Texas-raised singer-songwriter shines brightest when telling sparse tales of life on the Texas plains. His songs are filled with weathered and hard-working characters, stories that bristle with a tender but hardened authenticity.

Pine Away, Martin Sexton (from the Kitchen Table Records release Mix Tape of the Open Road)

There’s a great energy to this, Sexton’s first album in five years. The songs overflow with a sense of spaciousness and wanderlust. Perhaps it is just reflective of my Boston winter cabin fever, but Mix Tape of the Open Road seems to capture that first day of spring feel. You know (or at least some of you do), that late winter desire that one gets to burst through the front door to take a long walk in the sunshine. Until then, you’ll find me blaring this album as I stare at the snow through the window.

The husband and wife duo of Luke Doucet and Melissa McClelland sure know how to make a tasty racket. Their songs are simultaneously melodic and scruffy. The melodic side comes from their shared vocals, leaning heavily on their tasty harmonies. The scruffy side results from a sound that leans heavily on guitar and percussion. The combination gives their music a decidedly urban feel that is both exciting and edgy.

Feisty is the word that comes to mind upon listening to Hiatt’s sophomore release. She sings about heartbreak but not with a woe is me attitude. This track is a great example. Hiatt confronts the end of a relationship, taking a few jabs but also being honest about what went wrong. There’s a twinge of country in her voice but electric guitars and 1980’s style synthesizers inject a sharper rock tone.

So if you meet another girl like me, who wants to call you home, make sure when you touch her she don’t feel so all alone. ‘cause that’s how it was for me when I held you so near I have never felt more far away then when you were right here.

Raleigh’s American Aquarium get personal on their latest release. Songwriter BJ Barham grapples with a variety of topics, from getting older to facing a troubled past. He does so with a detached but truthful eye, standing up to demons and regrets. It’s heartfelt without being maudlin, often set to a steady rock beat.

BP Fallon is an iconic figure in rock and roll. In his storied career he has managed PR for – and occasionally performed with – the likes of Led Zeppelin and T. Rex and later served as the deejay for U2’s Zoo TV tour.

Now he is stepping to the musical forefront in his own distinctive fashion. Against a musical backdrop provided by talented journeyman guitarist Aaron Lee Tasjan, Fallon imparts a combination of philosophy and social commentary in a distinctive bluesy and mostly spoken word style.

In “Fame #9” he reflects on the blind idolization that leads to destruction. Using Elvis’ fondness for cheeseburgers – and his entourage’s desire to keep the King happy – as an example, Fallon sings “No-one had the balls to say “Elvis, I love you, you’re a bit fat – have an apple.”

He continues that theme and his discussion of Presley on this bruising acoustic gem.