Tinsley Ellis came up as a hard-rocking guitar slinger in the mold of Stevie Ray Vaughan.  He was always known as a great axe-man, but as the decades passed and his art matured, he also became an accomplished songwriter and interpreter of the many shades of blues.  Kanye West might even be a little impressed with Ellis”s artistry, and for many of the rest of us his inspired blues playing should hit the spot. 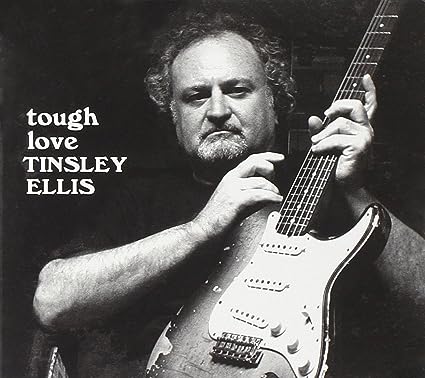 A Georgia native, Ellis spent much of his childhood in Florida but returned to Atlanta to attend prestigious Emory University.  His matriculation at Emory is not atypical of this latest generation of blues players – Elvin Bishop attended (but dropped out of) University of Chicago, Corey Harris graduated from Bates College and Ronnie Earl from Boston University.  Blues music no longer has the reputation as the refuge of rural poor who are too infirm to work in the fields (a reputation that was never particularly accurate).

While still in college, he played in Atlanta clubs and in 1981 formed a band called the Heartfixers, which became the backup band for Nappy Brown.  In 1986, Ellis got the attention of Alligator Records because of his vocals and playing on the Heartfixers album Cool On It.  Since then he has released about 15 albums, including Fire It Up in 1997 and the outstanding The Hard Way in 2004.  In 2013 he released his first completely instrumental album, Get It!, on his own Heartfixer Music label and last year he released the fine Midnight Blue.

But, top to bottom, Tough Love may be the 57-year-old’s finest offering yet.  Ellis’ work has always been solid, but it has never been this inspired.  With the backing of several Delbert McClinton regulars he has put together a near-perfect collection of songs from “Seven Years,” the swinging, soulful opener, through the stomping “Midnight Ride,” the country-infused “Give It Away,” the soul-grooving “Hard Work,” the smooth, soulful “All in the Name of Love,” the haunting “The King Must Die” and the closer, the slow burner “In From the Cold.”  And the songs I didn”t mention are great too.

Ellis was assisted on the by keyboardist Kevin McKendree, bassist Steve Mackey and drummer Lynn Williams.  Sax player Jim Hoke and trumpet player Steve Herrman contributed to “All in the Name of Love.”  If you enjoy the blues, you should enjoy this album.

Audio Stream: Tinsley Ellis, “In From the Cold”