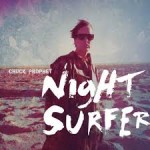 As usual it was a tough year to pick the top albums. This year was particularly tough; in that there were a number of top notch releases, but no clear standouts. Thus the conundrum, how to separate albums that are all deserving and uniquely their own. Here is an attempt to rank my top ten. The order is less important than the collection as a whole.

Going back to his Green on Red days in the 80’s, Prophet has been an icon for 30 years. Yet he has lost none of his creativity or drive, and proved it by releasing one of the best albums of his career. He also wins the award for best song title – “Countrified Inner City Technological Man”.

Did someone clone Waylon. Close your eyes and listen to his voice and they are almost indistinguishable. Simpson is the new light in the bleak Country landscape. He has the attitude and independence of spirit Nashville needs. We can only hope.

Their brand of Americana is both beautiful and haunting. This is roots music with a transcendent vibe. The lyrics have a raw spirituality and emotional depth. The whole package just grabs you and won’t let go.

Much like Jason Isbell last year, JTE has emerged from addiction with a new soul mate and direction. This album proves it. See my recent live review for more on this record.

The boys hit it out of the park on this one. “Remedy” is a little more country, without giving up the front porch music feel that is their trademark. If you don’t want to shake your ass and stomp around while listening to this, then find a jug in a hurry.

Seven minute ethereal songs are usually not my thing, but the lush layered melodies on the album are captivating. Once you start listening the music pulls you in and you become ingrained with the subtle hooks.

Two Swedish sisters who hang out with Conor Oberst can’t be all bad. Much like War on Drugs, this isn’t something that people who read my reviews would expect to see in my top ten. However, the symphonic accompaniment and lush harmonies mask an underlying layer of Americana and Folk that is so peaceful; it hypnotizes the listener like a siren song.

9) Lucinda Williams – Down Where the Spirit Meets the Bone

The title says it all. The songs on this album cut to the core. Lyrically poetic and speaking straight into the heart. The music is a powerful gumbo of Soul, Blues and Country. This album has not received the notoriety it deserves.

These fellow Alabamians deserve all of the attention and accolades they are getting. This album would have fit in perfectly with any of the great recordings from the early days of Muscle Shoals Fame Studio, where the album was recorded.