And the War Came, by Shakey Graves 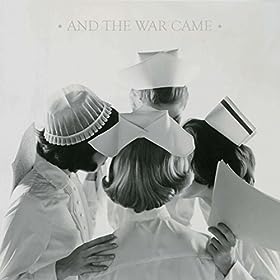 Austin-based Alejandro Rose-Garcia — Shakey Graves — makes a mighty fine racket. His live performances, generally just him on the stage playing guitar and percussion, are captivating. And the War Came is the rare studio album that captures this energy while simultaneously showcasing the depth of his songwriting.

The songs on And the War Came tend to fall into two categories. Rose-Garcia showcases his acoustic side on songs like “Hard Wired” and “Only Son.” The former song vividly chronicles a relationship in decline. There is a passionate energy in his voice as he sings, “Well water was wine back on blue Mountain Time while I watched your lovin’ expire.”

Other songs, like “Dearly Departed” and “The Perfect Parts,” rumble with percussive and electric thunder. Drums and handclaps kick off “Dearly Departed” before vocalist Esme Patterson adds her enchanting voice to the mix. The melody is infectious, even as the lyrics recount a relationship gone sour. “You and I both know that this house is haunted,” they declare.

Rose-Garcia let”s his guitar growl on “The Perfect Parts” as he wails “Your eyes will burn in alcohol to sterilize the perfect parts.” It’s a line that captures the gritty grandeur of And the War Came.

The Virginia-based Sons of Bill have built their career the old-fashioned way — by hitting the road to grow their audience fan-by-fan. Along the way they’ve honed their songwriting and developed an infectious pop sound. Their latest release is their strongest yet, chock full of catchy melodies and soothing harmonies and lush performances.

Not ones to rest on their laurels, the quartet continue to tour incessantly. Chances are that they are coming to your town soon.

Come From the Heart, Hard Working Americans (from the Melvin Records release The First Waltz)

This Americana super-group kicked of best online casino the 2014 musical year with a bang. It seems only fitting that they should help usher us toward the year”s end with another rocking release. They do so with a live album culled from their first tour, accompanied by a documentary film.

If you’ve seen the band live then this album serves as a tremendous reminder of their powerhouse performances; if you’ve never seen them live then this will undoubtedly whet your appetite. The collection leans heavily on the covers featured on their debut release with a few ones thrown in for good measure. It also includes a bonus studio recording that features Roseanne Cash.

Bonus points for the Band reference in the album title, fellas.

Foster has been a fixture on the North Carolina indie rock scene for many a year. Although the area doesn’t get the recognition it deserves, it has long been a hotbed for Americana, certainly for the rock-oriented variety.

After a couple of decades in various bands, Foster in recently years turned his attention to solo releases. Which doesn’t mean that this is a truly solo release – The Arrow features a veritable who’s who of his local friends and peers, including the highly respected Mitch Easter and Don Dixon.

The result is a jubilant album filled with soaring power pop melodies and lyrics that reflect a lifetime of lessons learned. “Life is sweet but it doesn’t last,” he sings on this stand-out. Far from being a warning, it is a call to seize the moment.

Stronger Than That, Bahamas (from the Universal Records release Bahamas is Afie)

Afie Jurvanen’s — aka Bahamas – 2012 release Barchords was a refreshing breathe of fresh air. His laid-back and relaxed sound, centered around his guitar and some spectacular vocal harmonies, cascaded out of the speakers with remarkable grace. His latest release carries the sound forward with a bit more of a band feel and a touch less harmony while still maintaining plenty of musical goodness.

There’s something immensely soothing about Rowe’s music. His songs have a relaxed casual groove, often with a rootsy and organic elegance. He sings with a rich baritone that recalls Barry White, never a bad thing.

Alas, Rowe is a folk musician rather than a soul singer. The results are magical, performances that are simultaneously warm and meaningful.

Love inflates you, a balloon, but just one little pin and your work will try to waste you if you don’t have discipline. When the road takes me to the other side of the world, ‘till the end decides to break me, I will put my hand on the word.

Move to the Beat, Little Jackie (from the Plush Moon Records release Queen of Prospect Park)

Sure, this isn’t your typical Twangville fare. A good song is a good song though, right? I’m a sucker for a good pop song and damn if Little Jackie doesn’t deliver. Imani Coppola and Adam Pallin, the duo behind Little Jackie, brilliantly take classic 1960’s style pop melodies and inject them an infectious contemporary sheen.