On September 17th, the glitterati of the Americana Music Scene gathered at the historic Ryman Theater for their annual Awards show and presentation.  Mayer and I were lucky enough to procure a seat to the festivities.  You can get a full list of the award nominees and winners here, but these are the highlights from our perspective.


Jason Isbell walked away with a sweep of the big 3 for Southeastern; Artist of the Year, Album of the Year, and Song of the Year.  His performance of Cover Me Up with wife Amanda Shires was excellent, and afterwards he noted that he’d written the song for her.  He recounted how scary it was to sing it to her the first time, and in accepting the Song of the Year award he encouraged the audience to “do what scares you”.
The House Band for the show was led, as always, by Buddy Miller.  This year it also included Don Was on bass, Ry Cooder on guitar, and Ry’s son Rocky Cooder on drums. They were joined by renowned session musicians Tim Lauer (keyboards), Brady Blade (percussion) and the McCrary Sisters (vocals).  A lot of people would argue Miller is the premier guitarist in Americana music today, but after the awards show I think you’d have to say it’s a two-man race with Ry.  Cooder really turned it loose from the opening number, a sizzling version of Willie Dixon’s You Can’t Judge A Book By It’s Cover.  His duet with Flaco Jimenez on a Norteno number was also a highlight, as was his and Miller’s playing on Valerie June‘s “You Can’t Be Told.” 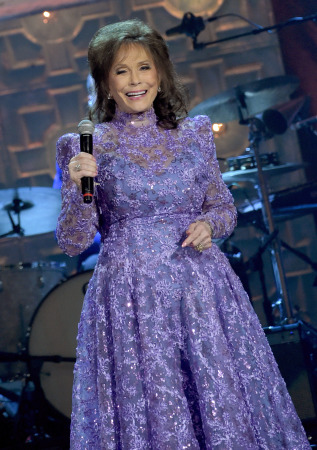 The Ryman has been called by many the Mother Church of country music.  The church theme covered several excellent performances, not the least was Loretta Lynn singing Coal Miner’s Daughter on the very same stage she debuted at the Opry 54 years ago to the day from the awards night.  Also taking advantage of the spiritualness of the place was Parker Millsap doing Truck Stop Gospel and St. Paul & the Broken Bones creating their near-religious-experience aura with The Grass Is Greener. 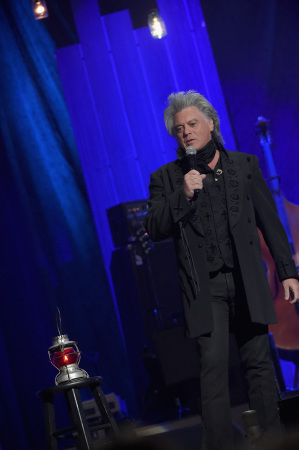 Finally, you have to make some kind of effort to pick a favorite in a night with over two dozen performers.  No disrespect to the youngsters, but the edge goes to a couple of veterans.  Marty Stuart And His Fabulous Superlatives nailed a cover of No Hard Time Blues, a Jimmie Rodgers number performed in honor of the Rodgers Museum.  Stuart also brought a train lantern originally owned by Rodgers which gave his introduction and performance an extra air of authenticity. After a heartfelt intro from Keb Mo, who noted the man was doing world music before there was such a category, Taj Mahal did a version of Statesboro Blues that trumped any other version I’ve ever heard, and there are a lot of them.


The evening finished with an ensemble performance of Johnny Cash’s Get Rhythm, that featured Cash family members Carlene Carter and Roseanne Cash.  With that, the audience went into the night and the beginning of 4 nights of showcases that Mayer and I will cover in future posts.