With his days in the blues-rock duo White Stripes now comfortably behind him, Jack White has become a bit of a generational connector. He’s paid homage to country, blues and rock legends, yet he keeps winning new fans. When he stepped on to the stage at Newport Folk Fest, the standing area at the front of the fort swallowed much of the fans lounging on their blankets. Young and old fans alike stood up to listen to the sound.

White’s set included several blues covers that fit the venue so well. He gave them his blues rock treatment though he did have a fiddle and mandolin player (though they were a bit hard to make out in the mix). He included Son House tune “Death Letter,” Blind Willie Johnson cover “John the Revelator,” and “Goodnight, Irene” by Leadbelly. White certainly made these songs his own as his palpable energy as he got the crowd into a frenzy. White also included a country tinged “We’re Going to Be Friends” in the mix of his signature blues rock. White’s guitar work and songwriting are varied and move between blues, rock, and country without a second thought. 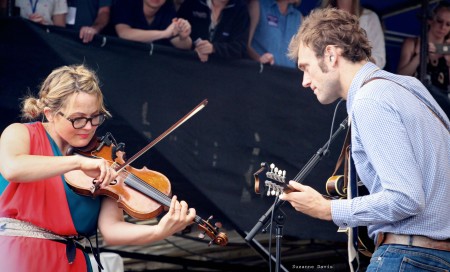 Just before the headliner, Nickel Creek brought their expert musicianship and unique songwriting style to the for stage. While the crowd seemed somewhat restless at the start, the trio rocked the house with their traditional bluegrass instrumentation. Sara Watkins’ “Destination” was a particular favorite. The band played with such aggression that the fans had no choice but to take notice. Sean Watkins’ more traditional songwriting and flatpicking on the “21st of May” continues to be a favorite from the band’s recent record “A Dotted Line” (after a seven year hiatus). Chris Thile’s mandolin work and singing managed to accentuate the emotions of the songs. I can see why he’s received the Macarthur Genius Grant. Thile contributed the simple beauty and melodic mandolin picking on the “Lighthouse Tale,” “Ode to A Butterfly,” and new tune “Somebody More Like You.” Thile also did an unannounced intimate mandolin workshop. Unfortunately, I didn’t check my phone quick enough to get in! 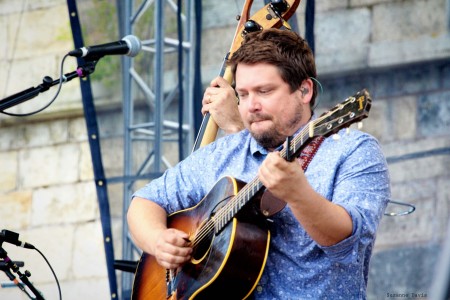 The day also included several duos. The Milk Carton Kids are two guys who sing and play acoustic guitar. Their show fit the more intimate quad stage. The two sound like Gillian Welch and David Rawlings guitar work with a bit of Simon & Garfunkel’s tight harmonies thrown in. I don’t make that comparison lightly and their songs are not as striking as the aforementioned artists so far. Vocalist Joey Ryan also included some of the funniest deadpan humor I’ve ever heard. His bit could have easily been used for standup. He went into a monologue about how father’s don’t get enough credit for the the difficulty of childbirth based on his recent experience. He also went on to list the difficulties including that he had to miss a gig for his son’s birth. Then he went on to describe how he could talk to his son for hours and hours and that he couldn’t do that with adults. This comedic intro certainly garnered at least as much applause as the songs and with good reason. He was hilarious. Musically, the band played clean arrangements and Kenneth Pattengale added in harmonized guitar work. 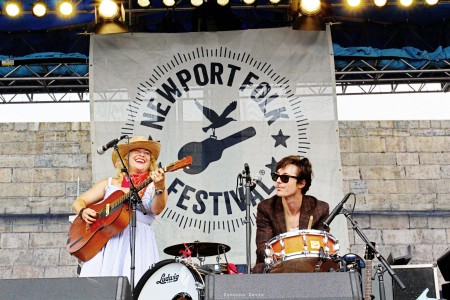 An earlier duo, Shovels & Rope, easily rocked the Fort Stage. Carry Ann Hearst and Michael Trent needed no help to bring the stage to life. They switched back and forth between guitar and drums. They harmonize and accent each other’s tunes in whatever way they can. As a husband and wife duo, they seem to get as much energy from one another as they do from the crowd. The pair have a striking variety of different tunes that all seem to rock out in one way or another. I can see why the two came together and committed to the duo. 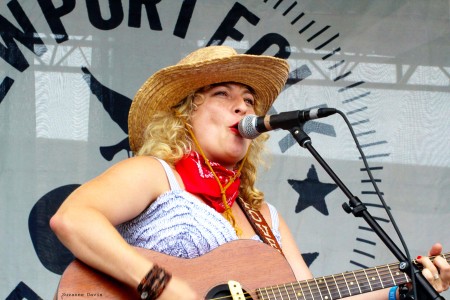 After two days of music, I learned of the ways that artists are bending genres in such creative ways. Folk becomes punk or blues or country and back again. The artists brought it all together and used their voices to show how different it became.