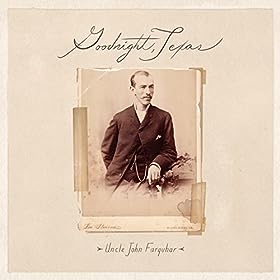 Goodnight, Texas are on a journey, if not across geography then certainly through time. The bi-coastal group – songwriters Avi Vinocur and Patrick Dyer Wolf live in San Francisco, CA and Chapel Hill, NC respectively – are committed to taking listeners on a musical tour of Southern American history. Whereas 2012’s A Long Life of Living focused on life in the Appalachian Mountains during the Industrial Revolution, their latest transports listeners back to the South circa the Civil War.

Using archival material as a starting point, Wolf and Vinocur shaped authentic character-driven stories that capture day-to-day life during the era. Uncle John Farquhar is, in fact, Wolf’s great great great grandfather. The song that bears his name chronicles Farquhar from his early years in a Pittsburgh steel mill to his elderly years at home. Wolf paints a vivid portrait as the elderly Farquhar reflects on his life:

Although these songs are firmly anchored to a historical era, Vinocur and Wolf skillfully find timeless sentiments in the stories that they tell. “The Horse Accident (In Which a Girl Was All But Killed)” is an up-tempo song about love in a time of tragedy:

Lord let me die first, I can’t be without her,
I hope I never live to see her casket lined with lace,
She deserves to thrive on this earth a little longer,
If you need another worker you can take me in her place.

The two songwriters match their storytelling prowess with an ability to write a catchy hook. They serve ‘em up with plenty of banjo, fiddle and a host of other stringed instruments. Imagine the Band if they were a little less rock and a little more roots and you’d likely end up with a sound like this.

What era are you headed to next, fellas? I, for one, am eagerly looking forward to the next installment.

Still on the Levee, by Chris Smither 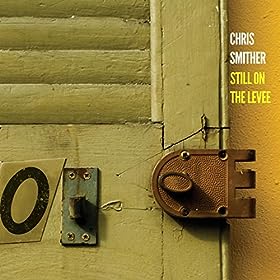 Fifty years. That’s a hell of a long time to be making music. Sure, we often hear about Dylan, Springsteen and the Rolling Stones, all of whom are in proximity of that same milestone. Let’s not overlook folks like Smither who, though they may lack the commercial success of their contemporaries, boast their own outstanding musical legacies.

To mark the occasion, Smither invited an extraordinary group of friends and fellow artists to revisit songs from throughout his career. The results are remarkable.

Allen Toussaint’s rhythm and blues piano takes “Train Home” to new heights while Loudon Wainwright III joins in to create a late 1960’s folk feel on “What They Say.” He recruits saxophonist Dana Colley of the late, great Morphine, along with Colley collaborator guitarist Jeremy Lyons, to give a dark and stormy vibe on “Shillin’ for the Blues” and “Small Revelations.”

Among my favorites are Smither’s collaborations with Western Mass trio Rusty Belle. Their wonderful ramshackle and harmony-enriched sound fits well with the earthiness of Smither’s songs.

The centerpiece, though, is Smither’s songwriting. At times folk, at times bluesy, it never fails to hit the mark. Whether he is telling stories or reflecting on the human condition, his lyrics are simultaneously simple and compelling.

I’ve never seen my life in such as hurry,
but if I stop to worry,
I get left behind.
It’s a party, but you don’t get invitations
There’s just one destination,
You better be on time.

I’d be remiss if I didn’t mention the beautiful over-sized cardboard case and exquisite booklet that accompany the cd version. If ever there was an argument that one needs to get the physical copy of a release, this is it.

Ghosts of Our Fathers, Otis Gibbs (from the Wanamaker Recording Company release Souvenirs of a Misspent Youth)
Don’t be deceived by the gentle ease to Gibbs music. He is a masterful storyteller who tells vivid stories about the downtrodden, downhearted and broken. This song is pure magic — and a great example of the power in his writing. With a deft eye Gibbs describes a childhood neighbor, a former boxer who lost a son in Vietnam. “How to carry on when the hardest punch is thrown, take away the burden from our shoulders,” he sings as a pedal steel and fiddle provide a mournful accompaniment.

The No-Hit Wonder, Cory Branan (from the Bloodshot Records release The No-Hit Wonder)
Branan’s latest release includes contributions from a host of the singer-songwriter’s notable friends, including Jason Isbell and the Hold Steady’s Craig Finn. Not that he needed them, Branan’s songs shine brightly on their own. Whether he is tackling topics playful or serious, he waxes poetic with a sharp lyrical tongue. The title track is an animated ode to musicians long on aspiration, if not commercial success.

Years of living hand to mouth, years just getting gig to gig
East to west, north to south, well he could’ve been making a killing, peddling a dream
But if you found him at all, you found him just scraping a living, blood to string.

33K Feet, Peter Himmelman (from the Himmasongs release The Boat That Carries Us)
Himmelman is a songwriter’s songwriter, a guy who sets thoughtful and intelligent lyrics to warm and inviting pop melodies. This track is a great example. Musically, it has an urgency that conveys a sense of hurtling through the air on a plane. Lyrically, Himmelman describes the paradox of being helpless as life rushes us forward yet somehow finding some contentment along the way.

What We Can Bring, Walter Salas-Humara (from the Orchard release Curve and Shake)
It shouldn’t come as a surprise that Salas-Humara is an accomplished visual artist, especially when one hears the sense of imagery in his music. On his third solo album, the long-time Silos singer-songwriter brought together a talented group of friends to craft what amount to musical landscapes. The collection has a warm and melancholy feel, as this song illustrates.

Violent Shiver, Benjamin Booker (from the ATO Records release Benjamin Booker)
New Orleans musician Booker rocks with abandon on his debut release. His scruffy indie rock is centered around his guitar which delivers short bursts of electricity and attitude.

When You’re Gone, Tinnarose (from the Nine Mile Records release Tinnarose)
This Austin-based sextet serve up a bit of indie rock crunch with a decidedly 1970’s classic rock feel. Who says that summer is winding down? A few listens to Tinnarose and you’ll think it is just getting started.