Trouble, by The Howlin’ Brothers 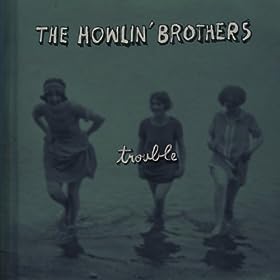 The Nashville-based Howlin’ Brothers expand their musical palette with their latest release. Sure, it has plenty of the traditional bluegrass upon which they’ve established their reputation. The unexpected treat, however, are the shades of reggae and pop that make an appearance.

They kick things off in classic form with the hootin’ and hollerin’ “Pour It Down.” The fun continues as the Brothers let their pickin’ fingers and rootsy harmonies lead the way on the rambling “Hard Times.”

“I Was Wrong” mixes up some old school pop with some Dixieland jazz while “Monroe” is steeped in bayou fiddle. It’s a good ol’ dance party, Howlin’ Brothers style.

“World Spinning Round” is firmly rooted in classic country, with a pedal steel guitar joining a fiddle to make a longing sound. “I gave you my heart and my love, you gave me a frown,” they sing on this tale of woe and loss.

The genre-blending appears most notably on “Love” and “Sing a Sad Song.” The former, with its heavy reggae beat, takes the trio on a journey to Jamaica. The latter has a gentle pop melody that is propelled by a graceful electric guitar.

The boys close the album with the foot-stompin’ gospel of “Yes I Am!” It makes for a triumphant finish to a great release. 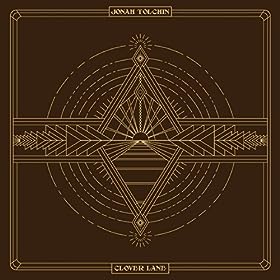 Clover Lane plays like an eclectic tour of Southern backroads circa the early 20th century. Not what one would expect from a 20-something New Jersey-born singer-songwriter. Of course that is what makes the album more special.

Tolchin has clearly studied the masters and it shows. “Midnight Rain,” with its fiddle and bluegrass feel, calls to mind Hank Williams while “Atlantic Winds” conjures up images of Woody Guthrie riding the rails.

The bluesy “Hey Baby” and “Hybrid Automobile” are steeped in Mississippi mud, the kind of songs that you’d hear in a rural juke joint.

“21st Century Girl,” while lyrically and musically the most contemporary song in this collection, still has a pleasant retro feel. The strings and harmonies give it a early 1950’s pop flavor.

Was Jonah Tolchin born in the wrong time and place? Perhaps, but I say all the better for today’s Americana fans.

Rabbit, Amy Lavere (from the Archer Records release Runaway’s Diary)
You don’t see many thematic albums these days, which makes Lavere’s Runaway’s Diary all the more impressive. Over the course of twelve tracks, mostly originals but with a few choice covers, Lavere chronicles the life of a young runaway. She explores it from all sides, from the sense of freedom (Lavere’s “Self Made Orphan” and Townes Van Zandt’s “Where I Lead Me”) and to the feel of isolation (Lavere’s “Rabbit” and John Lennon’s “How”). The combination of romanticism and realism makes for a potent song cycle.

Crash Test, The Mastersons (from the New West Records release Birds Fly South)
Damn if the Mastersons don’t get better and better with every new release. The now Austin-based husband and wife duo fill their songs with wonderful pop melodies and rich harmonies. Chris Masterson has a very lyrical guitar style while Eleanor Whitmore is equally expressive on fiddle. The sounds blend beautifully, as this song demonstrates.

When We’re Older, Mia Dyson (from the Backdoor Records release Idyllwild)
Australian singer-songwriter Dyson delivered one of my favorite albums from 2013, the fiery The Moment. She wastes no time following it up with another gem. Dyson settles things down a bit, but without losing any of her edge. Songs like this one ooze with a confidence and swagger that have become a Dyson trademark.

White Line, James Apollo (from the Marterry release Angelorum)
There are some artists that excel at capturing a mood, painting musical landscapes that transport the listener. Put Seattle-based singer-songwriter James Apollo in that category. His just-released album calls to mind Edward Hopper’s famous “Nighthawks” picture, conveying an undercurrent of activity on a seemingly dark and desolate city street.

Musically Apollo mixes up some soulful R&B with a heavy dose of grit. The result is something akin to Tom Waits at his most accessible moments. I love the evocative feel of Angelorum – grab a glass of whiskey and get lost in the sound.

Alberta Gold, Matt Andersen (from the True North Records release Weightless)
I can’t say that I knew much about Andersen before his latest release showed up in my inbox. Sometimes it’s better that way as I had no expectations when I gave it a listen. The results were a welcome surprise.

Andersen is billed as a blues artist and I can certainly hear some of that style in his music. The songs that caught my ear, however, leaned more towards the acoustic pop category. Whatever the genre, the one constant is Andersen’s rich and soulful voice.

Factory Line, Fire Mountain (from the This Is American Music release All Dies Down)
There must be something in the water down in Alabama ‘cause new artists are flowing freely from the state. The latest to arrive is this quintet from Troy, Alabama who serve up some tasty Southern rock with an evocative edge.

Sooner Than Now, Brett Newski (from the Good Land Records release American Folk Armageddon)
The title of the Milwaukee-based Newski’s latest release is perhaps a bit deceiving. Sure, there are some songs – We Are All Fucked” jumps to mind – that convey the bluster and perspective that it suggests. Songs like this one, however, have a soothing and uplifting outlook. Whichever tone you prefer, there’s plenty to enjoy here.

The Best That I Can Give, Emerson Hart (from the BMG release Beauty in Disrepair)
I’m a sucker for a good pop song and Hart has consistently delivered the goods. He has a knack for writing soaring and infectious melodies, typically infused with a dose of melancholy. “I gave you sometimes, you needed always,” he sings on this wistful song of heartbreak that somehow has an uplifting air.