For the first few decades of bluegrass music, it tended to lean toward the high, lonesome sound invented by Bill Monroe, or an old-timey vibe like the Carter Family or the Osborne Brothers.  Then in the 70’s a few artists emerged that pushed the boundaries of the genre; John Hartford, New Grass Revival, Hot Rize, to name a few.  Hot Rize in particular managed to bring a relatively polished sound that was more listenable to an audience less familiar with back roads twang.  Listening to the latest album from True North I got that same feeling.  Call Elsebound a gateway drug to hard bluegrass music.

Primary songwriter Kristen Grainger also takes the lead on vocals for much of the album.  Her clear, warm voice brings the same kind of richness and familiarity to songs like Twist In the Wind and Hard Place that have made Rhonda Vincent and Alison Krauss so popular.  Vocally, the crowning achievement of the disc is One Voice.  Starting with just Grainger and a simple ukelele accompaniment the song builds by adding each member of the group until you get the full 4-part harmony and instrumentation, before finishing with just the one voice.  Showing her versatility, she also belts out a fine, fine traditional-sounding number with Shiny Black Shoes.

Another one of the appeals of Elsebound is that it keeps you listening with not just the virtuosity within individual songs, but also the variety across the album.  In addition to the typical bluegrass elements, the band veers into a jazzy vein with Come And See What I Got For You.  They cover a catchy Don Henry tune, BFD, that’s an ode to TLA’s.  Rattlin’ Bones, a Shane Nicholson/Kasey Chambers composition, is kind of hard to describe, but when I checked out the original I certainly like this interpretation better.  They even take some inspiration from 70’s California country rock sound with The Poet And the Carpenter. 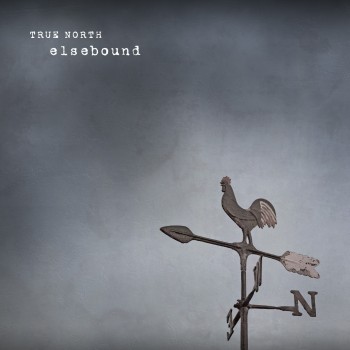 From the first time I listened to Elsebound I had the feeling that I’d heard it before.  And yet most of the album is new songs from Grainger, so it just seems that way.  The end effect, then, is one of presenting not just what bluegrass is, but what it can be.