Joseph Huber is a 21st century cowboy.  Back in the middle of the 19th century, a type of individual emerged in the American West who learned to take advantage of a new opportunity.  No longer did you have to live within sight of your neighbor and define yourself by your community.  You could go live in a new frontier, confident you could do whatever needed to be done.  You could be a cowboy.  Joseph Huber has applied that to his music.  As a member of a-legend-as-much-as-a-band bluegrass group .357 String Band, Huber undoubtedly could have surrounded himself with other great musicians and technicians for his third album, The Hanging Road.  Instead, he did it all himself.  Literally.  Playing every note on instrument on every track, writing the songs, and producing the album.

As a songwriter Huber has some good metaphors guiding several songs on the album.  Same River Twice covers the idea of a rekindled relationship by talking about “standing in the same river a second time”.  Shovel On Your Shoulder is a version of the admonishment  to keep your nose to the grindstone if you want to get ahead, set to an almost speed-grass accompaniment.  Broken Paddles slightly alters the idea of being up the creek with a paddle to one of being on a lake with broken paddles to address a lost love.

Like several songs on the album, Goin’ Far On A Little (Just A Little Too Long) dances a zydeco beat to tell the story of burning out on the road, or maybe just burning out in general.  The aforementioned Same River Twice and Broken Paddles also convey that musical style.  On Coming Down From You, Huber has more a southern rock sound with driving beat and wandering guitar.  The title track is a little closer to traditional bluegrass, but the Samsonite drum kit keeps it contemporary. 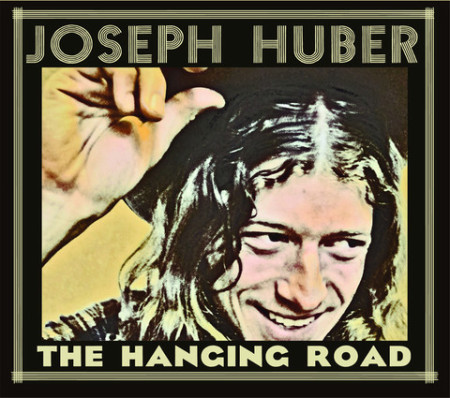 The Hanging Road is a paragon of what can be accomplished by a single musician in the digital age.  Huber does such a good job of everything that you’d never know it was a one-man effort if you didn’t read the liner notes.  And I guess that’s about as high of a compliment as I can give–to be so lost in the beauty of the music that what it took to make it is irrelevant.