Somewhere Else, by Lydia Loveless 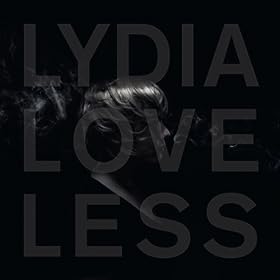 I suppose that Lydia Loveless could have gone in two directions after 2011’s outstanding Indestructible Machine. She could have turned towards the country terrain of her earliest work. She chose, instead, to turn up the guitars and dive head first into the glories of rock and roll. I, for one, am glad that she did.

Loveless has never been one to pull her lyrical punches and things are no different on Somewhere Else. She writes and sings with an edge, often focused on relationships and, well, sex. Songs like “Head” (about exactly what you think it’s about) and “Hurts So Bad” (reminiscent of classic Linda Ronstadt) sit firmly in this category.

Several songs recall Fleetwood Mac during the prime Buckingham-Nicks era. Jagged guitars create a sense of tension that stands in contrast to harmony-laced pop melodies of these gems. The album’s title track is a great example, with Loveless contemplating her claustrophobia in a relationship. “Then again things ain’t looking too good on the other side,” she reflects, “the grass is greener but it’s tended by wolves.”

Tasty hooks abound, most notably on “To Love Somebody” and album stand-out “Wine Lips.” Loveless showcases her sassy side on the latter as she pines after a fading love. “Why don’t you smile at me like that no more,” she sings.

Which isn’t to say that she has fully left her roots behind. “Everything’s Gone” has a winsome country sound. The song showcases the power and emotion in her voice, augmented by an aching pedal steel guitar.

Loveless closes the album with a cover of Kirsty MacColl’s “They Don’t Know.” While she generally stays true to the song, the jangly guitars and the strength of her voice give the song just the right amount of swagger.

Riverman’s Daughter, by The Grahams 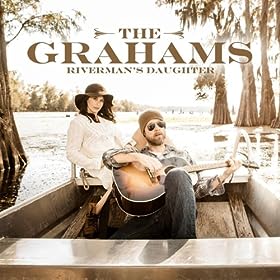 Alyssa and Doug Graham took the concept of living for their art to an extreme while writing for their latest release. The husband and wife duo spent a year traveling down the Mississippi in search of inspiration along “The Great River Road.” They played a variety of juke joints and dive bars to soak up the atmosphere along the way, ultimately moving into a houseboat in rural Louisiana to write the songs that make up the Riverman’s Daughter.

Now anybody could make that trip, but it takes a special talent to capture its musical essence. This isn’t a collection about Huck Finn and life on a riverboat, to be sure. It’s something better: an album of alluring songs that are infused with Mississippi mud.

The duo kick back with the front-porch pickin’ of “Carrying the Torch” while “You Made Me Love You” skews towards a classic country sound. “Revival Time” sounds exactly as one would expect — like a good ol’ hootenanny.

“Lonesome Child” tells the tale of two would-be lovers who never quite get things right. “You went off the rails and I went straight,” reflects Alyssa, leaving no doubt as to how the story ends.

A restrained electric guitar and some alluring harmonies chime in for the lustrous “A Good Man.” The song’s gentle Southern soul brings to mind Dusty Springfield’s Dusty in Memphis, which is never a bad thing.

The brooding title track, which tells the tale of a daughter anxiously awaiting her boat captain father to return home, has perhaps the closest connection to the river. A banjo and a string section combine to give the song a flowing yet ominous feel.

One word of caution, though. Listening to this album will likely make you want to replicate the Grahams trip down the Mississippi. At least it did for me. Anyone care to join?

The recently released deluxe edition on iTunes includes the duo’s stirring cover of Neil Young’s “Down By the River.” Check it out here.

Somebody Closer, James Maple (from the self-released American Dreams)
Our friends at Red Line Roots threw a music-filled party last week to celebrate their first anniversary. One of my discoveries that evening was CT-based songwriter James Maple. The singer-songwriter has a wonderfully expressive voice, a captivating blend of soul and grit. His music conjures up Neil Young finer acoustic moments with a touch of the Band thrown in for good measure. Sounds like a good combination right? Give it a listen – you won’t be disappointed.

Kiss Me Darling, Twin Forks (from the Dine Alone Records release Twin Forks)
If there is one thing that we know from Chris Carrabba‘s work with Dashboard Confessional it is that he knows his way around a pop hook. Twin Forks, his newest project, applies that pop sensibility to a decidedly roots setting. Songs like the banjo-driven “Something We Just Know” to the hoot and holler of “Picking Up the Pieces” are ripe for sing-alongs. Even when the group slows it down a bit, as they do on this track, you’ll be hard-pressed to not feel energized. This self-titled debut simply radiates fun from start to finish.

On My Mind, Jeremy Fisher (from the Hidden Pony Records release Mint Juleps)
I included a song from Fisher’s recent live release in last month’s playlist. It was a wonderful reconnection with an artist that had slipped off my radar. Of course, this sent me back to explore what Fisher has been up to lately. 2012’s Mint Juleps finds Fisher in fine form; his songwriting as fervent and intelligent as ever. Best of all, the simple acoustic arrangements put the focus right where it belongs – on his fantastic songs.

Sorry Seems to Be the Hardest Word, Sad Bastards of Brooklyn (from the Slacker Music release Volume 1)
You’ve gotta love the story behind this album. Charlene McPherson and Mo Goldner of the New York City rock band Spanking Charlene holed up with producer Eric “Roscoe” Ambel on a rainy Friday night. A few hours later they emerged with this completed release.

There are no original songs here, just a collection of covers that are beautifully delivered with just McPherson’s voice and Goldner’s guitar. One won’t be surprised to hear The Replacements oft-covered “Here Comes a Regular” but how many times have you heard a brilliant rendition of “Rainbow Connection” from the Muppet Movie? And then there is this stunning take on this classic Elton John piano ballad, one of my favorites from the release.

Truth be told, I’d like this duo for the name alone. All the better that their performances are so striking.

Sing O Muse of the Mountain, Marah (from the Valley Farm Songs release Mountain Minstrelsy of Pennsylvania)
You’ve perhaps heard about how these songs came to be. Marah’s David Bielanko and Christine Smith discovered a 100 year-old book of song lyrics that chronicled rural life in the mountains of Pennsylvania. The duo set the lyrics to music and invited a talented cast of folksy musicians to the party. The result is a freewheeling celebration that is filled with charm and personality.

Do What I Do, Love Come Down, Ocean Carolina (from the Old Hand Records release All The Way Home)
Here’s a bit of a paradox. A band from Brooklyn whose name references the Carolinas and whose music has a Southern California Americana sound. No matter, this is a well-crafted album that sounds good whatever the geography. I was originally tempted by “Drink You Back Again” (“one beer in my hand will always end up ten when I’m tryin’ to get you off my mind.”) but ultimately it was this wistful song that captured my attention.

Audio Stream: Ocean Carolina, “Do What I Do, Love Come Down”