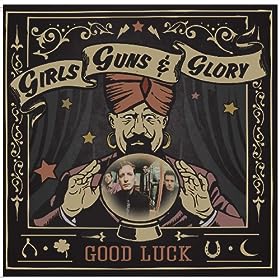 Girls Guns and Glory have always been a fun live band, mixing up originals with choice covers ranging from Elvis Presley to Hank Williams. They’ve captured that energy – and then some – on their latest release.

The Boston quartet traveled to Brooklyn to record the album with producer Eric “Roscoe” Ambel. Singer-songwriter Ward Hayden brought a stellar batch of songs and Ambel punched up their sonic power. I can only imagine that they had a lot of fun in the studio as there is an infectious enthusiasm that pulses through every track.

“All the Way Up to Heaven” hearkens back to some old school country that is served up with a slightly pop arrangement. “All the way up to heaven, all the way down to hell,” sings Hayden as banjo and electric guitar usher him along.

Songs don’t get much more happy-go-lucky than “Shake Like Jello,” which rumbles like a long lost track from one of those classic Elvis Presley movies. “Be Your Man” bristles with a classic early 1960’s rock energy, punctuated by some fine retro horns.

The album’s lone cover is “Rockin’ Chair Money,” a song often attributed to Hayden’s idol Hank Williams. However, the well-studied Americana scholars in the band will tell you that it was actually written by Williams contemporary Bill Carlisle. The group juices up the guitars a bit but there’s no mistaking the Williams influence in Hayden’s wail.

This Is Home, by Amy Black 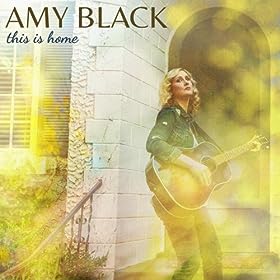 There’s something special about hearing an artist find his or her voice. Such is the case with Amy Black’s latest release. While her earlier work sits firmly in the Americana wheelhouse, the Alabama-born singer-songwriter injects a healthy dose of southern soul on This Is Home. The results are outstanding.

As Black said at her recent record release show, there is a darkness that overshadows the album. “Hello” is a poignant tale of a daughter dealing with a parent’s Alzheimer’s disease. “Stronger” is a bit deceiving with lyrics about confronting suicide set against a rollicking melody. “Why’d you have to do it,” asks Black, “couldn’t you have been a little stronger?”

Which isn’t to say that there aren’t moments of joy. “I’m Home” shuffles along as Black sings the praises of returning to the comforts of home. She carries the theme further on the beautiful ballad “Alabama,” a tribute to her roots.

“Make Me an Angel” is a glorious bit of contemporary country pop, building from a tender opening to an uplifting guitar-driven conclusion. “Cat’s in the Kitchen” is a tasty morsel of down-home fun with its back-porch boogie.

Black is joined by an impressive group of musicians, including Will Kimbrough and Oliver Wood on guitar and album producer Lex Price on bass. It is Black’s voice, however, that shines brightest. It is a sultry and soulful instrument all its own.

Everything Beautiful Is Under Attack, by The Curtis Mayflower 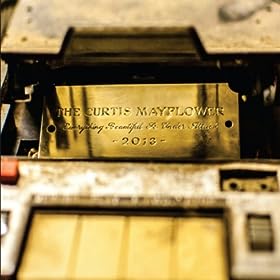 This is a heavy album that, while often dark and gloomy, is somehow incredibly energizing. What is particularly impressive is that this album arrives immaculately fully-fashioned from a group that just formed last year. And did I mention that most of their songs were written in the moment, essentially improvised? These guys ain’t messing around, they came to play.

The quintet gets their groove on with the funky “NYCD” while “Cold and Dark” has a blustery blues feel burnished with some simmering organ. “Ben the Destroyer” lives up to its name with an intense and bruising beat.

The intensity remains even when they slow the tempo down. “Devil Wants to Get Paid” leads off with a retro electric piano but the band quickly joins to kick things up a notch. The brooding “Punchline” finds Rawding asking, “I don’t even know why I’m laughing when I’m the punchline to the joke.”

Ladies and gentlemen, meet the Curtis Mayflower. You’ll be glad that you did.

Get your fill of old school gospel country from the Sacred Shakers. This talented musical collective — which includes the Eilen Jewell Band, members of the Tarbox Ramblers and several other Boston players — got their start at a weekly hootenanny. The group’s enthusiasm for the music shines brightly as their rich harmonies and tremendous musicianship bring these classic songs to life. Even when they sing about sinnin’, the Sacred Shakers make it sound oh so good.

Audio Download: The Sacred Shakers, “Won’t You Come and Sing For Me”

Fox on the Run, Jenny Dee and The Deelinquents (from the self-released digital single Don’t Tell Me b​/​w Fox On The Run)

Dee and the Deelinquents have spent the past several years turning out some mighty fine 1960’s-style pop that overflows with plush harmonies. Well, the group takes a step into the 1970’s with a new song that hearkens back to classic ELO.

Now I know that I should be posting the “A Side” from their new single release, but damn if the “B Side” isn’t a fun and spirited cover of Sweet’s “Fox on the Run.” Even if you don’t recognize the title, you should certainly recall the song. Play it loud.

Sunken Ship, Will Dailey (from the forthcoming National Throat)

Will Dailey launched the current phase of his career with a mission statement. After extricating himself from the purgatory of a label deal gone bad, he set out to re-establish himself in his own way and on his own terms. The result is his forthcoming album called National Throat, an expansive pop record built around Dailey’s soaring vocals.

As Dailey works towards the release of National Throat later this year, he just shared a twenty-track compilation that includes two new tracks, a killer previously unreleased fan favorite (“$300 Man”) and 17 more gems from his back catalog.

Download Dailey’s compilation — for free or with an optional tip — here.