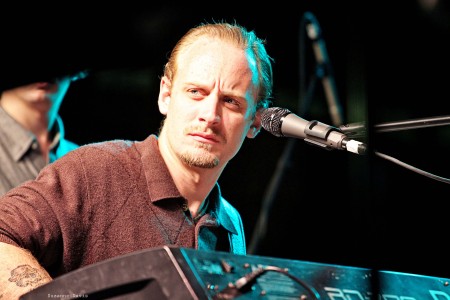 Pawtucket, RI. Truth be told, I’d never been. But Providence’s Americana breakthrough artist Deer Tick was throwing a party and I figured I would have to stop by. When the 20 somethings of Toy Soldiers, an up-and-coming band from Philly, walked on stage I immediately thought of a poor mans Panic at the Disco! 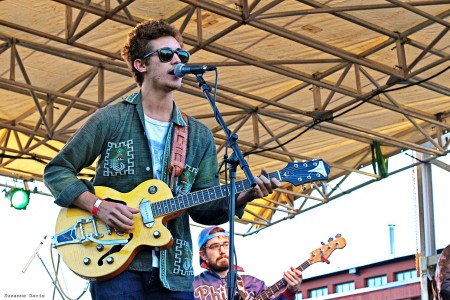 But I have more faith in Deer Tick than that. Turns out I was right. Toy Soldiers had a rough rock sensibility that belies their appearance. Ron Gallo’s voice floated easily over rock riffs. Earnest tunes singing “Wont you wear my ring” and “Heart in a Mousetrap” felt nice and comfy next to rockers highlighted by “Tell the Teller.” The band has an undeniably retro rock aesthetic. I’d heard Toy Soldiers were good, but I was quite impressed.

Smith & Weeden were up next. The local Providence band managed to merge  Americana with the Providence attitude. “Drinking Through Some Issues” is just like it sounds. A heartbroken cowboy song sung by a rock band. “Take a Train” sounds like a classic country train song driving forward. “Glory Alleluia” (I think that’s what it’s called) has the the southern gospel church covered. The band switched between rockers and swooning fiddle tunes. The swagger had a country sensibility. The rock had a country lean. Where was I?

Next came the Low Anthem. Truth be told, I had pretty high expectations. I’d loved the band before though I hadn’t been listening to them lately. The sound system had technical issues and it felt like an eternity before the band started. Once they did, the lethargic pace of the tracks dulled the excitement that’d been building for the two previous bands. I needed a seat for this part of the show and there wasn’t one. 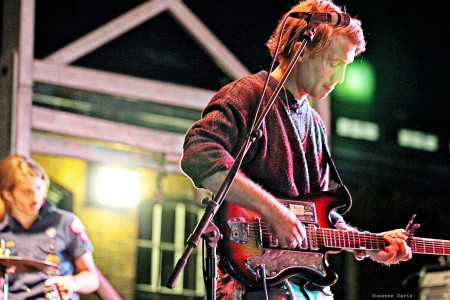 Finally, they were cut off for the headliner. Curator John McCauley also had sound trouble, but the crowd immediately tuned back in. He is sporting a completely new look and his music has backed away Americana of Born on Flag Day. Drug rehab and the end of a relationship caused some kind of change. The man came out with his hair short and slicked back. He sat down at the piano and looked over the crowd. No question, this is his home turf. Although I do miss the old sound, you can’t argue with the performance. Deer tick seemed at home in front of the crowd and delivered a searing vocal. His gravelly baritone needs no accompaniment to be compelling. This show proves that. Glad to have you back Deer Tick.