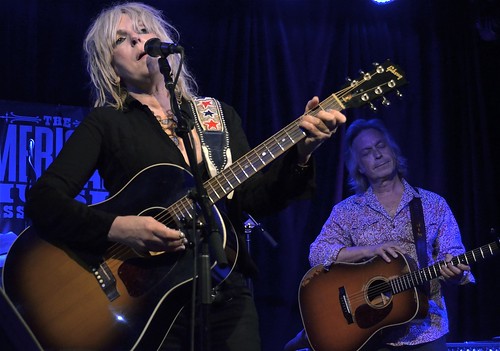 The Americana Conference instituted a new tradition this year: a special Sunday night closing performance, kicked off by none other than Lucinda Williams. Even better, she did so by playing her debut album in its entirety. It was a refreshing reminder of her songwriting prowess, punctuated by some wonderful stories about the songs on that classic album.

After a short break, she and her band returned for second set that surveyed many fan favorites from the rest of her impressive song catalog. Throw in some choice covers, such as an electric take on Neil Young’s “Rocking in the Free World,” and special guest Jim Lauderdale and it was the perfect way to close out the conference.

HURRAY FOR THE RIFF RAFF

I’d heard some buzz about Hurray for the Riff Raff, the musical collective centered on the songs of Alynda lee Segarra. The group was ragtag in the best sense of the word, rootsy and care-free. At the end of her set, tour mates Spirit Family Reunion joined in for a hootenanny of the finest order. 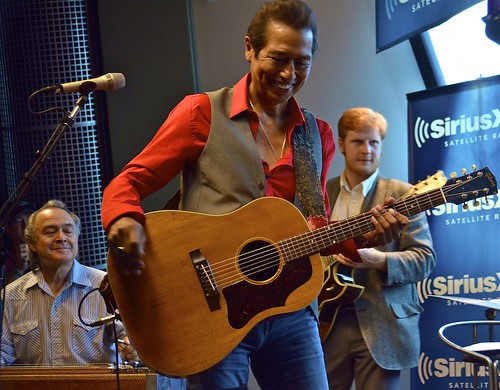 ALEJANDRO ESCOVEDO and the TRIBUTE TO EDDY ARNOLD

A wonderful collection of musicians descended on the SiriusXM studios for a special tribute to legendary Nashville musician Eddy Arnold. Artists ranging from Chuck Mead to Cheetah Chrome, backed by an impressive house band, performed classics from the Arnold catalog.

But what to do when there was time to fill after Alejandro Escovedo closed the tribute performances? Why have Escovedo perform a few more songs, of course. Escovedo taught the house band a couple of songs from his most recent cd — “We’re gonna get this right” he said before they launched into their fourth take on the first song. Alas, I had to leave before the closing cover that saw Cheetah Chrome and Bebe Buell join Escovedo and company for a rousing take on Iggy Pop’s “I Wanna Be Your Dog.”

I caught McNally’s set in hopes that she would perform a few songs from her outstanding recent tribute to the late Bobby Charles. Well, she didn’t disappoint, sprinkling a few Charles classics amongst her own wonderful compositions. She and her band brought Louisiana and Mississippi to Nashville with a set that sauntered and strolled.

Sure, there are a number of fine one-man bands out there. What sets Shakey Graves apart, however, is the quality of his songwriting. His catalog is filled with songs that are a bit bluesy, definitely rootsy and chock full of infectious melodies. 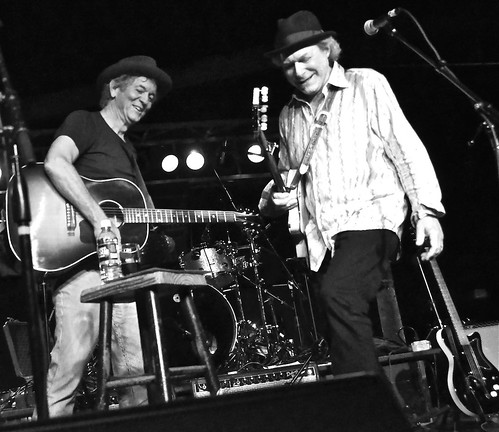 What can I say other than this: a Buddy Miller performance is not to be missed.