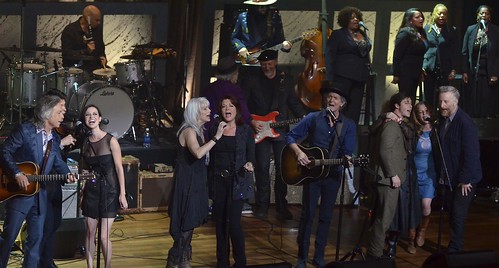 The magic starts even before the music begins. The feeling that one gets walking into the legendary Ryman Auditorium – the long-time home of the Grand Olde Opry – defies description. Just contemplating the history of the room and the incredible artists who have graced it’s stage over the years can send a tingle down one’s spine.

Although the evening ostensibly recognizes individual achievement, it is more a celebration of Americana music. A house band led by Buddy Miller and featuring 2013 instrumentalist of the year Larry Campbell backed most of the artists who performed throughout the evening. Moments like John Fullbright’s stirring “Jericho” and Stephen Stills’, joined by Buffalo Springfield bandmate Richie Furay and new collaborator Kenny Wayne Shepherd, blistering “For What It’s Worth” are burned into my memory.

The various lifetime achievement awards were especially moving. Emcee Jim Lauderdale took great pride in awarding longtime Grateful Dead lyricist Robert Hunter one for songwriting. Hunter accepted the award and then treated the crowd to a spectacular solo acoustic version of “Ripple,” which Lauderdale said was Hunter’s first public performance in a decade.

Dr. John was among the other lifetime achievement award winners. His acceptance speech was short and colorful, as one would expect from the good Doctor. He then joined the house band and guest guitarist Dan Auerbach in a fiery take on “Walk on Gilded Splinters.”

Dr. John returned to the stage to kick off the finale with a short solo piano performance. At age 72, he hasn’t lost his touch. He was then joined by many of the evenings presenters and performers for a rousing take on the Rodney Crowell co-write “Leaving Louisiana In The Broad Daylight.” How often do you get to see Dr. John, Buddy Miller, Richard Thompson, Rodney Crowell, Emmylou Harris, Shovels & Rope, Tift Merritt, Billy Bragg and many many others performing together? This was one for the ages.

You can stream the entire Awards show courtesy of NPR here. 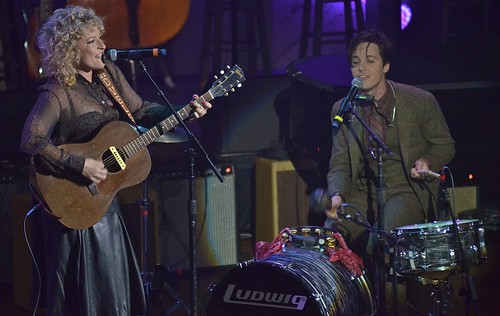 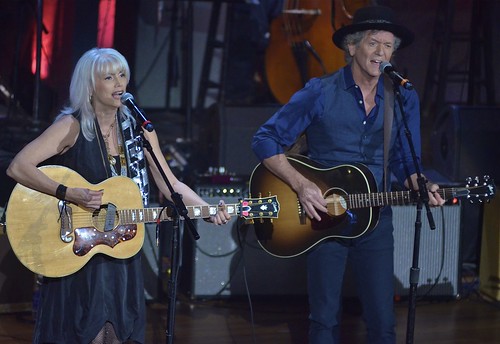