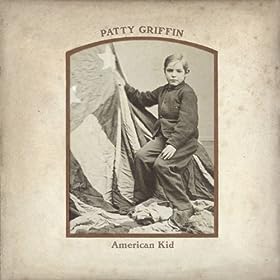 It’s hard, if not impossible, to avoid being mesmerized by Patty Griffin’s new release. Long revered for both her passionate songwriting and enchanting voice, both are in exceptional form on American Kid.

Just one listen to album opener “Go Wherever You Want to Go” and you know that you are in for a treat. The song is simply sublime. Acoustic and steel guitars wrap themselves around a spiritual melody as Griffin sings,

Griffin’s parents and grandparents serve as the inspiration for several songs. “Irish Boy,” a tender piano ballad, tells the tale of her father’s time in Boston after the war while “Get Ready Marie” captures the courtship of her grandparents in a fun barroom drinking song.

The rugged acoustic song “Please Don’t Let Me Die in Florida” captures her father’s wish to live out his life in the Northeast, thumbing his nose at a warm Florida retirement. “If you catch me dying in Orlando, throw my bed onto a train,” she sings.

Griffin achieves perfection on “That Kind of Lonely.” Songs just simply don’t come much more vivid and moving. Her voice drips with emotion as she sings,

American Kid is yet another gem in the Griffin canon. 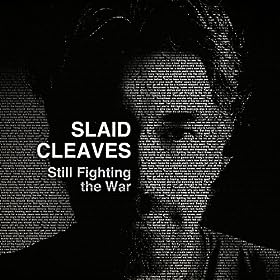 There are two qualities that I’ve grown to admire in Slaid Cleaves. First is the level of his songwriting. Cleaves is a consummate storyteller with a masterful sense of nuance and detail. Whether they returning from war, dealing with factory closings or coping with lost loves, Cleaves captures the travails of his blue collar characters with empathy and grace.

Cleaves other defining quality is the gentle expressiveness of his voice. It has a sympathetic tone that infuses his songs with earnestness and compassion.

And the songs? Pretty darn good. “Still Fighting the War” tells of a soldier re-adjusting to life at home. “Men go off to war for a hundred reasons, but they all come home with the same demons,” he sings against a graceful melody.

“Rust Belt Fields,” which Cleaves co-wrote with Rod Picott, is a gentle ballad about the closing of a small-town factory. “No one remembers your name just for working hard,” he reflects.

Cleaves shows his humorous side on “Texas Love Song.” “For you I’d trade my truck in for a Lexus,” he sings against an acoustic folk melody that overflows with Southern charm.

Bird in a Cage, The Lost Brothers (from the Readymade Records release Passing of the Night and the Lojinx Records ep release Bird in a Cage)
This is one of those fun SXSW stories. I met London-based, Irish-born duo the Lost Brothers in the elevator of an Austin hotel. I was heading out to listen to evening showcases, they were leaving to go play one. A quick conversation occurred and a cd was passed.

It took me a few months to listen to the cd that they gave me that day, but I’m damn glad that I did. The album is chock full of great country and southern folk gems. The simple instrumentation — mostly the duo’s acoustic guitars and the occasional honky-tonk piano — places their vocals front and center. All the better as their harmonies are brilliant, a la classic Louvin or Everly Brothers.

Don’t miss the fun video that they made for this song. See it here.

(It Was) Lust Not Love, Marc Carroll (from the One Little Indian release Stone Beads and Silver)
I listen to most of my music on an iPod so it is always interesting to check iTunes to see which songs I’ve played the most. Well, Marc Carroll’s “What’s Left of my Heart” has been lodged near the top of that list since I heard it on In Silence, a 2011 compilation of tracks from earlier in the artist’s career.

Well, the Irish-born, L.A.-based artist is back with his first new music since 2009. The tone is a bit mellower and more roots-infused than his earlier work, yet the songs still retain the sumptuous melodies that are a hallmark of his songwriting. Tracks like “Sat Neath Her Window” and “Muskingum River,” with their respective fiddle and banjo accompaniment, have a refreshing seaside air about them.

I find myself drawn, however, to the jangly pop of “(It Was) Lust Not Love.” The song juxtaposes an infectious happy-go-lucky melody with a tale of romantic failure.

I should have seen it coming, I should have read the sign
You’d put me in a grave way before my time
You’re a handful of rain with a devilish curse
They’d send you down to Hell but you’d only come back worse

Well, Marc, you got me again. Would it be wrong to call this the feel-good hit of the summer?

Shine Shine, Todd Herfindal (from the self-released Right Here Now)
The L.A. based Herfindal straddles the line between power pop and Americana. His well-crafted songs mix the uplifting spirit of the former with the healthy jangle of the latter. His latest release is kinda perfect for your summer listening pleasure, chock full of songs that shimmer and, well, shine.

Two For the Road, J.P. Harris and the Tough Choices (from the Cow Island Music release I’ll Keep Calling)

I’ll credit Joe Fletcher with introducing me to Harris and his music. I caught the duo in Boston last month as they kicked off a co-headlining tour. Well, one song from Harris and I was hooked. He’s got a classic country voice that fits well with his songs of rable-rousin’ and heartache.

I mean, what’s not to like about a guy’s whose website can be found at ilovehonkytonk.com? Thanks for the introduction, Joe.

Audio Download: J.P. Harris and the Tough Choices, “Two for the Road”

When She Walks By (live), Mike Errico (from the release Tonight I Drink You All)

Earlier this year we launched a Twitter and Facebook series* which highlights great song lyrics that convey life lessons. It’s off to a great start, but we’ve realized that some of the best lyrics don’t lend themselves to the Twitter character limit.

Mike Errico’s “When She Walks By,” for instance, is in this category but is well worth sharing. The song tells the tale of a bitter elderly man (“I liked the music before Elvis ruined everything”) reflecting on the road not taken in his life. Here’s a sample from the lyrics:

These feelings still come back at night, and rudely interrupt me. They jump right in front of my TV, ‘cause dreams will slowly die, but only if you’re lucky. Mine like to remind me that they can find me.

Now the neighbor’s kids run rampant on my lawn. I bought a slingshot but my aim is rarely on. They see me coming and they run for their young lives. They say that I was just too mean to ever find a wife.

And they say my house is haunted. For once they’re right, but it isn’t what I wanted. But why should I tell them. The little bastards never listen. My job in life is to be a man who’s old and broken and to scare them into making sure they’ve spoken when she walks by.

Errico has recently re-released all his albums, many including bonus tracks, as a pay-what-you-want experiment. Give ‘em a listen and, after doing so, I expect you’ll be delighted to send Errico some monetary love. Get the goods here.

Audio Download: Mike Errico, “When She Walks By (live)”

See Part One of the May/June Playlist here.