Late Music, by Dennis Diken with the Bell Sound 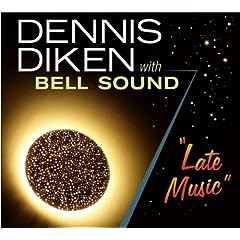 Who knew? After nearly 30 years sitting behind the drums with the Smithereens Dennis Diken emerges as a pop maestro. Diken and collaborator Pete DiBella shine with an album that brims with echoes of the Beach Boys and the Who, circa the 1960’s. “The Sun’s Gonna Shine in the Morning” kicks things off with a heavy dose of Mama’s and Papa’s harmonies, albeit with more papas than mamas. “Standing in That Line” sounds like/might as well be a lost Beach Boys track with its Brian Wilson-esque tapestry of vocals and instrumentation. “Long Lonely Ride” bristles with the energy of the Rascal’s as Diken sings, “Long, long lonely ride, lost my freedom, still have my pride.” “Let Your Loved One Sleep” opens with a guitar riff reminiscent of the Byrds and closes with a touch of Motown. From start to finish Diken and DBella do the era justice while keeping the sound fresh.

THE PLAYLIST:
Last Train Home, David Mead (from the Cheap Lullaby release Almost and Always)
Mead’s voice is as wistful as his songwriting, most notably on this stand-out from his latest release. Piano and acoustic guitar combine to give this quiet track a sense of constant movement as Mead sings about a train ride as a metaphor for a failing relationship, “You’re fast asleep and I am so alone, and we’re together on the last train home.”

When She Cries at Night, Delbert McClinton (from the New West Records release Acquired Taste)
I’ll admit that, despite numerous recommendations, I’ve never given McClinton much of a listen. What a mistake. His Texas roadhouse R-and-B is guaranteed to get your foot a-tapping, especially this pop-inflected tale of a woman lost on her search for love.

Angel Hair, Sam Baker (from the Music Road Records release Cotton)
Sometimes the simplest songs can be the most powerful. A terrorist bombing left Baker with brain damage and several physical afflictions. Baker turned to music as a form of healing, although his condition forces him to be economical with his words and he speaks more than he sings. Yet that is exactly what makes his work so powerful. “I carry a torch, it burns in my hand; I’d like to lay it down in the promised land… not a day goes by, I don’t think about you.” (See Eli’s full review here.)

Night & the Revolution, These United States (from the United Interests release Everything Touches Everything)
These United States are certainly prolific, having released three albums over the past two years. Although they’ve always had a rough and worn sound, this latest release has a bit more of a rock edge then the earlier releases. Not a bad thing, I assure you.

Datura, Or, the Whale (from the Seany Records/Burnside release Or, The Whale)
San Fransisco’s Or, the Whale pay tribute to the jimson weed with this laid-back track from their forthcoming release. The band’s four vocalists (two men, two women) provide the vocal harmonies while a slide guitar weaves its way through the song.

Shady Esperanto & the Young Hearts, Stephen Kellogg & the Sixers (from the Vanguard Records release The Bear)
Kellogg & crew have earned their stripes the old-fashioned way by touring relentlessly. Yet that will only get one so far. Songs ripe for hand-clapping and foot-tapping with infectious sing-along choruses keep the crowds coming back again and again.

Jackbone, P.J. Pacifico (from the Viper Records release Always & Everywhere)
This is one of those songs that kind of slipped under – and nearly off – the radar. Glad that it didn’t. Pacifico has a voice similar to Jason Mraz but with a sound that veers more towards jam band. The laid-back vibe is a great mental get-away.