Murdering Oscar (and Other Love Songs), by Patterson Hood 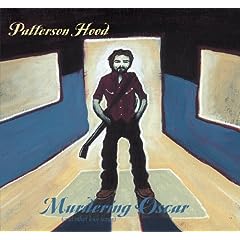 Patterson Hood’s last solo release was a somber acoustic affair. This one ain’t. In fact, this collection of songs from Hood’s archives is not dissimilar from a Drive-By Truckers release. Sure, I miss Cooley’s guitar and the Truckers triple guitar interplay. But the grittiness of Hood’s songwriting prevails, packaged in songs ranging from the boisterous “I Understand Now” to the tender “Pride of the Yankees.” “Heavy and Hanging” contrasts a dark guitar riff with an aching piano as he questions what drives someone to suicide. “I Understand Now,” mixes a healthy dose of Southern rock with a tasty rhythm-and-blues back-beat while “Walking Around Sense” rings out with a Hood guitar solo that would make Neil Young proud. “Back of a Bible” is an authentic love song to a musician’s wife that was, true to the title, written on the back of a bible. Hood calls on a host of familiar friends and family to assist him with the release. Members of the Truckers – guitarist Jon Neff, drummer Brad Morgan and producer/multi-instrumentalist David Barbe – are the core band with additional support from Will Johnson and Scott Danborn of Centro-matic. This also marks the first proper Hood release that features his father, legendary Muscle Shouls bassist David Hood.

Novel Sounds of the Nouveau South, by Ha Ha Tonka 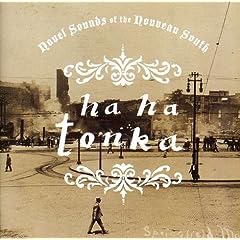 It would be easy to describe Novel Sounds of the Nouveau South as a Southern rock album but that doesn’t quite do it justice. There is an ambition on this album – both musically and lyrically – that stretches the boundaries of traditional Southern rock. “The Outpouring” brings a touch of jazz into the mix while “Surrounded” leans more towards the pop end of the spectrum with its electric piano and airy melody. “Thoreau in the Woods” reflects the album’s wanderlust with a melody that meanders but never loses its way. Kinda like the song’s subject. I’d liken “The Horse in Motion” to a musical drive-by: an introductory fury of Neil Young & Crazy Horse-sounding guitar gives way to an intense and driving rock song that lasts under two and a half minutes. Album centerpiece “Close Every Valve in Your Broken Heart” has an epic quality to it. One minute the song is a tender acoustic ballad, then next it’s a brawny rocker as singer Brian Roberts exclaims, “Only Dostoevsky could kill off a pair like us.” It all adds up to a tremendous musical achievement from a band worth remembering.

THE PLAYLIST:
If It’s Not Love, Rhett Miller (from the Shout Factory! release Rhett Miller)
Exactly what you’ve come to expect from Rhett: jangly guitars, rolling drums and an immensely hummable tale of a guy falling just short in the game of love. “Now my bad reputation is shot and your to blame, I’m the loser in the corner and I’m whispering your name.” (See Kelly’s review here.)

Hang Up and Drive, Matthew Grimm (from the self-released The Ghost of Rock and Roll)
It has been a few years since we’ve heard from Iowa’s favorite social critic but he’s back with a vengeance. To wit: “Hang up and drive, You narcissistic ass, don’t need three tons of steel and glass to call your wife.”

The Killer in Me, Amy Speace (from the Wildflower Records release The Killer in Me)
They say that some of the best music is born of personal tragedy. In that light it is no surprise to learn that New York singer-songwriter Amy Speace’s sophomore release is a ragged reflection on the dissolution of her ten-year marriage. Mott the Hoople’s Ian Hunter joins her on the smoldering title track, singing “Held up the truth with a loaded gun, shot at its feet just to watch it run, the liar you hide has found the thief in me.”

Your Control, Crooked Fingers (from the Constant Artists, Inc. / Red Pig release Forfeit/Fortune)
I delayed giving the latest Crooked Fingers release a spin after struggling with Eric Bachmann’s most recent solo release. My mistake. Bachmann is at his best when he explores the negotiations inherent in romantic relationships. Exhibit A is this duet between Bachmann and Neko Case in which two lovers challenge one another’s need for control of their relationship against the backdrop of a happy-go-lucky musical accompaniment.

My America, A Camp (from the Nettwerk Records release Colonia)
Former Cardigans singer Nina Persson is a charmer. You’ll be riding a sugar high when you hear her wrap her voice around a buoyant pop melody like this one. Throw in a healthy dose of horns and it is like getting that sugar through an iv.

Lifeline, Andrew Ripp (from the self-released Fifty Miles to Chicago)
Chicago native Ripp has a blue-eyed soul voice that fits well with this bright, airy song and its immensely catchy chorus.

Cry, Matthew Grimm (from the self-released The Ghost of Rock and Roll)
And lest anyone think that Grimm doesn’t have a sentimental side: “Cry for children dying young and lying down at day’s end hungry, cry for all those sacrificed at despots’ heartless whim, Cry for lovers of young men who won’t see them again, But if he don’t understand what he let through his hands, Don’t cry another goddamn tear for him.”

Take Me Home, Movers & Shakers (from the self-released Larrabee)
If you like your roots rock mixed with a bit of Clash-style punch, Boston’s Movers & Shakers may be the band for you. Pounding drums keep the beat moving while a simmering organ gives the song an added fervor. Heck, the vocals even sound a bit like Strummer and Jones.

Take a Train, Roadside Graves (from the Autumn Tone release My Son’s Home)
Though New Jersey’s Roadside Graves work from an Americana base, they are not encumbered by it. This track bristles with an energy that comes from the interplay of instrument and voice among the band’s seven members.

Don’t Wanna Cry, Pete Yorn (from the Columbia Records release Back & Forth)
Yorn’s latest is a rather mellow affair, including this sorrowful yet endearing song. “Don’t wanna cry for you, but there’s nothing left to lose, if it can make me feel better, then I’m gonna cry for you.” (See Todd’s review here.)

In the City, the Cocktail Slippers (from the Wicked Cool Records release St. Valentine’s Day Massacre)
You can thank Little Steven and his Wicked Cool Records for introducing these five Norwegian women to a broader musical stage. Their sound follows a musical thread from Leslie Gore through the Go-Gos and Bangles, but with a tougher punch.