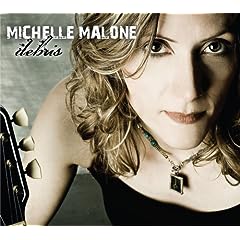 Pity me, I almost missed this release. Fortunately fate intervened and I’ve now got my lead candidate in the summer album derby. Malone’s blend of Southern rock and blues, with the occasional folk and acoustic rock interlude, are the perfect accompaniment for sunny summer days. And lest there be any doubt, she wields a rockin’ guitar. “Debris” is an instant classic, starting as a brooding Southern rocker before breaking into an uplifting pop chorus. I’ll have this on constant rotation all summer, I’m sure. “Undertow” starts with some tasty acoustic blues until Malone blows it up with her impressive slide guitar. “Weed and Wine” needs no description as the title gives an indication of the sing-along merriment it provides. “Yesterday’s Make-Up” is her ode to the walk of shame although, as Malone described in a recent concert, “it’s not so shameful in my song.” Yes indeed.

For Crying Out Loud, by Scott Miller & the Commonwealth 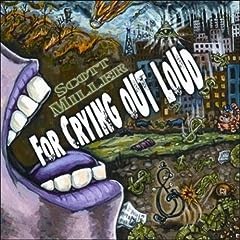 This is the Scott Miller album for which I’ve waiting. He’s always hinted at greatness, but has finally found the perfect balance of grit and wit while maintaining all his Southern charm. Opener “Cheap Ain’t Cheap” blows open the gates with a rumbling beat. “The dollar’s weak but its stronger than me,” sings Miller, “I’m so damn broke that I can’t even pay attention to anything that you say.” Miller serves up a pair of rockabilly-influenced numbers with “Claire Marie” and “I Can’t Dance.” The former is a furious romp fueled by a pounding piano while the latter is more loose and rich with harmony vocals. “Let You Down” leans more towards the country end of the spectrum, heavy on the acoustic guitar and fiddle. Start to finish, Miller succeeds with a down-home and rowdy affair.

THE PLAYLIST:
I’m Sorry, Baby, But You Can’t Stand in my Light Anymore, Bob Mould (from the Anti- release Life and Times)
I liked this song on the title alone. As it suggests, Mould is masterful at capturing the intensity of failed relationships. This track fits perfectly alongside Mould’s classic Workbook or the mellower portions of Black Sheets of Rain.

The Lonely Ones, The Takeover UK (from the Rykodisc release Running With the Wasters)
There’s a certain type of rock and roll song that will bring a smile to your face every time you hear it. Put this one in that category. The Pittsburgh quartet lets loose with a song that is part barroom sing-along, part punk rock anthem and completely fun.

It Comes to Me Naturally, Sarah Borges & the Broken Singles (from the Sugar Hill Records release The Stars Are Out)
Borges and company stake their claim to this NRBQ classic. While the boys in the band pound out a chugging rhythm, Borges nails the vocals with unabashed swagger. [See Kelly’s full review (with mp3) here.]

Use Somebody, Kings of Leon (from the RCA Records release Only by the Night)
Call me a sucker for arena rock anthem as I’m still listening to this track from last year’s release.