One Last Century, by The Damnwells

“Somewhere between nothing and something is everything,” sings Alex Dezen about halfway through the band’s latest release. It seems an apt, if cryptic, explanation for his decision to make the album freely available on the internet. Freed from music industry obligations but still possessed by the passion of musical creativity, Dezen wants the songs on One Last Century to stand on their own. And they do.

Dezen is strongest when exploring troubled relationships. On the brilliant mid-tempo rocker “55 Pictures” the singer reminisces about past relationships with a sense of longing. “55 pictures on the wall I still don’t have the guts to call; everyone moves away and we grew up slamming the big door shut,” he reflects, “55 pictures in your room, 100 chances that you blew, if only these pictures could say I miss you.” Dezen is equally candid with those around him, as on the haunting ballad “Soundtrack” where he chastises a friend, “But can you shut up long enough to fall in love?” Although his songs are generally filled with resignation and regret, Dezen imparts them with a sense of compassion that is refreshingly engaging.

[The entire album One Last Century is available for free download here, courtesy of Paste Magazine.]

Keep It Hid, by Dan Auerbach 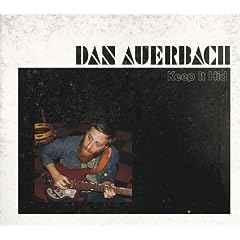 I’ve never been a huge fan of the Black Keys, much to the amazement of friends who continuously sing the band’s praises. It’s just that I generally need a fuller sound then a two-piece can generally generate. Then I heard Keep It Hid, Black Keys singer-songwriter Dan Auerbach’s recent solo album that features a full band sound. Now we’ve got something to talk about…

The album still has the expected heavy blues base but is rounded out with a classic rock feel. “My Last Mistake,” for example, might as well be a Badfinger outtake with its pop melody and sandpaper sound. “Trouble Weighs a Ton” has a country vibe to it while “When the Night Comes” is an arresting acoustic ballad. Fans of the Black Keys will gravitate towards the percussive blues of songs like “Mean Monsoon” and “The Prowl.” I get it now, folks.

Freedom Wind, The Explorers Club (from the Dead Oceans release Freedom Wind)
Legend has it that the Beatles Sgt. Peppers Lonely Hearts Club Band was a response to the Beach Boys Pet Sounds. The Explorers Club bridge the gap on their latest release. While most of the album features the dense harmonies and arrangements that defined the Brian Wilson sound, the title track is pure Beatles. From the Paul McCartney-esque vocals to the Billy Preston-style keyboards

Shangri-La, Lions in the Street (from the self-released ep Mixtape)
For those jonesing for some classic Rolling Stones, let me introduce you to the Lions in the Street. These guys stopped me in my tracks a year or two ago at SXSW with their unbridled rock and roll swagger. This track picks up right where they left off. And best of all you can download “Shangri-La” and three other tracks on the band’s web site.

[Source: Lions in the Street]

Keep Your Distance, Girls, Guns & Glory (from the self-released Inverted Valentine)
If it is twang that you seek, look no further than Girls, Guns & Glory. Lead singer Ward Hayden has a timeless country voice that belies his age while the rest of the band more than hold their own on this potent mix of rockabilly and honky-tonk.

On Her Own, Ben Kweller (from the ATO Records release Changing Horses)
Texas native Kweller returns to his roots with his latest country-influenced pop release. You can’t help but smile as he sings in earnest about Alexandra, a girl determined to live her life by her own rules.