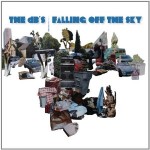 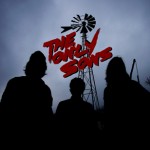 For those who remember the DB’s from the early 80‘s, especially if you saw any of the shows they performed as openers for REM, the band conjures up memories of good times in college. They no doubt were good times, but in retrospect the DB’s were seminal innovators paving the road for the Alt-Country / Roots Rock outbreak that was to come. Their mixture of 60’s Pop and classic Rock riffs set a standard.

When the band’s front men, Chris Stamey and Peter Holsapple, went their own ways their influence continued. Holsapple initially served as a sort of auxiliary guitarist for REM. Then he went on to be a founding member of another influential band, The Continental Drifters. Stamey’s influence has been felt primarily as a producer. Most notably he produced the early works of Whiskeytown. The DBs have re-captured what made them great on FFalling Off the Sky”. That being said, this reunion album is not just a trip down memory lane. The songs are fresh and will appeal to their core fan base, while drawing a new group of followers.

The Only Sons are clearly a branch of the same tree, although further up in the newer growth. This young Murfreesboro, TN trio shows maturity and purpose on their third release, “When the New Wears Off”. There is less Roots Rock and more 60’s and 70’s influences than on previous releases. Adding piano and vocals to the album are Joe and Kelly Kneiser (Glossary), and the vocal range of lead singer Kent Goolsby is perfect for the styles they employ on the album.

Both of the above projects are perfect examples that taken together demonstrate that real American music is alive and always will be. The early innovators are still creating, and brand new talent is still emerging.