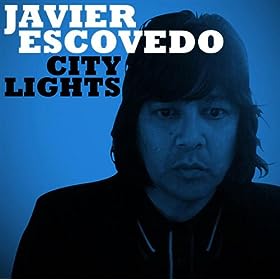 Ironically, we finish the year with an album that arrived at the year’s start. The Escovedo name may sound familiar. Brother Alejandro gets most of the attention but City Lights proves Javier to be equally talented. Escovedo is clearly a student of classic rock, filling his songs with high octane guitars and meaty riffs. High octane guitars add an extra punch to songs like “Bring Me Down” and “See You Around.” Even when he slows it down a bit, as on the melancholy Just a Dream,” is kept moving with some chugging power chords. With a well-seasoned band that includes members of Fountains of Wayne and the Posies, among others, City Lights brims with energy and enthusiasm.

Whatever Happened I Apologize, by Jay Bennett

How would Hank say the things I have to say,” asks Jay Bennett in a voice filled with resignation. It is a fitting question for an album centered on the pain of failed relationships. Regret and heartache course through every track yet it is clear that Bennett knows that the blame lies within. “Well I could write you poems but no one’s home, my words fall on your doorstep,” he considers on the stand-out “Talk and Talk and Talk,” “I could tell myself there is someone else but I don’t believe that and so I lie and lie and lie until those lies become my theme-song, I’m sure.” The sparse instrumentation and production – little more than a home demo – give the songs a raw feel that focuses attention squarely on Bennett’s lyrics. “Well you can make amends or hate your friends or find yourself a savior,” he reflects in a particularly sharp moment, “you can live your life in black and white, the colors are too hard.”

Note: Whatever Happened I Apologize is available for free download at Rock Proper.

THE PLAYLIST:
It’s My Own Cheating Heart That Makes Me Cry, Glasvegas (from the Columbia Records release Glasvegas)
Glasgow Scotland ’s Glasvegas meld 1960’s pop with 1980’s angst, bridging Phil Spector’s wall of sound with Catherine Wheel’s alternative guitar wash. This music lends itself to cranking up the volume, closing your eyes and losing yourself in the moment.

The Credit “WE” Deserve, The New Regime (from the self-released COUP)
Drummer Ilan Rubin is in high demand, having joined Welsh band Lostprophets in 2005 and Nine Inch Nails in late 2008. Somewhere in-between he has managed to record a debut that is solo in every sense of the word – Ilan recorded all instruments himself. This track is typical – well-crafted pop songs with percussive intensity.

Friday I’m in Love, Dean & Britta (from the American Laundromat release Just Like Heaven – A Tribute To The Cure)
Truth be told I’ve never been a huge Cure fan. The songs on the forthcoming Cure tribute album, however, may change this perspective. Former Luna bandmates Dean Wareham and Britta Phillips take on this Cure classic, maintaining the song’s romantic longing while giving it their own gentle touch. Other artists contributing to this release include The Wedding Present, The Submarines, The Rosebuds and Grand Duchy (Violet Clark & Black Francis).

World/Inferno vs. the End of the Evening, Franz Nicolay (from the Fistolo Records release Major General)
Put this in the color-me-impressed file. Hold Steady keyboardist Franz Nicolay unleashes this tremendous ballad from his forthcoming solo debut. The song is filled with dramatic tension and Nicolay’s passionate vocals.

Rock and Roll Train, AC/DC (from the Sony release Black Ice)
Every musician’s dream is to age as gracefully as these guys. Well, maybe graceful is the wrong word. Every musician can only hope to rock this hard after 35 years playing music.

Automatic, Gramercy Arms (from the reveal records release Gramercy Arms)
The self-proclaimed NYC indie supergroup lives up to the hype with a pop sound similar to the New Pornographers. Their debut release features members of Guided By Voices, Luna, Joan as Police Woman, Dead Air and The Dambuilders.