It’s Such A Sad, Sad World 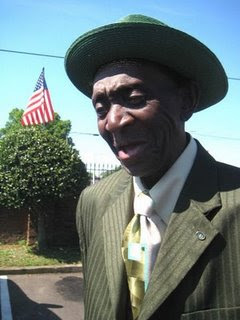 Who you might say? That’s what I thought when I first saw this name pop up over at the “B” Side, Red Kelly’s excellent blog. These days the net is swarming with Internet publications, blogging is so easily accessible that anybody with a half functioning computer can work it out. People like me who just like to write, but people like Red as well, who actually can write! For the past few years Red has been calling himself the Soul Detective, digging up all kinds of half forgotten Soul platters while digging deep into the fabric of what made them tick. But it wasn’t until Red started his Lattimore Brown chronicle last June that he really earned his self-given moniker. It is impressive enough that Red knows who Lattimore is. Though a stellar Soul shouter, sir Lattimore never had much of a career in the spot lights. It is even more impressive though that Red found Lattimore when he was thought dead since the eighties. Each of Red’s entries is dressed up with a mind blowing music download that makes you wonder how it is possible that he was even forgotten or passed by. 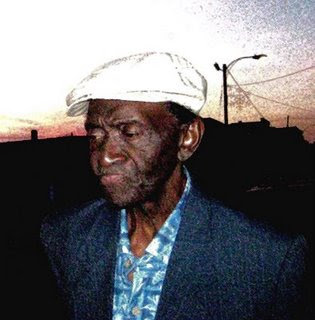 The whole story started with a nurse, treating a delirious patient, after the patient had been stabbed with a rusty screwdriver. The patient claimed he was a singer. Going beyond her duty, she googled Lattimore and word eventually got to Red. It turned out that Lattimore had been living in Biloxi all these years. Though New Orleans got all the publicity, it was Biloxi that got the direct hits from Katrina. The town was devastated by the storm, Lattimore lost damn near all he had in it. Red decided to look him up and caught up with sir Lattimore after losing track of him a couple of times. In a series of lengthy posts Red chronicled his times with Lattimore. The story that enfolded is without a doubt one of the most impressive I’ve ever read in the blog sphere. Through Lattimore’s story Red traveled an alternate route through the history of Soul music. Lattimore may not have made much of a name himself, it appears he was lurking behind the scene at quite a few key moments. From Isaac Hayes, to Wilson Pickett, they all pass by. Slowly his story gives you a deeper understanding of how music works and the significance it has in the lives of people who create it and the lives of people who are captured by it. In almost a Hollywood like script we bare witness to Lattimore getting back on his feet while the musical landscape of America passes by.

That is, until Gustav hit. For the second time Lattimore lost all his earthly belongings. When Red finally caught up with him this 77 year old soul surviver was unsure where he would sleep that night, with only the clothes on his back to comfort him. Red opened up a fund to help Lattimore get back on his feet. I like to take this opportunity to ask you to support Lattimore anyway you can. If you want to know why, just take a few and read all about the Legend of Sir Lattimore Brown

THE LEGEND OF SIR LATTIMORE BROWN